Need for Research that Centers on Female Experiences at HBCUs 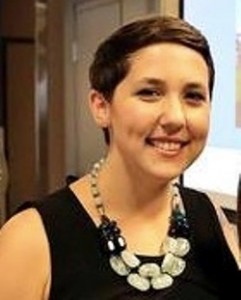 Historically Black Colleges and Universities (HBCUs) have long been considered educational meccas for Black men and women who aspire to higher education. Established during reconstruction after the Civil War, HBCUs have evolved from colleges and universities in name only to highly respected and valued institutions within American society. The 1965 Higher Education Act formally recognized these unique universities whose principle mission was, and is, the education of black Americans. In 1986, the 1965 HEA was reauthorized and a new section allotted federal funding for HBCUs. Although underfunding continues to plague HBCUs today, these 107 colleges and universities continue to provide access to underrepresented students, conferring degrees to 25 percent of all Black college graduates.

With these figures in mind, higher education researchers and administrators are primarily focused on searching for an answer as to why young Black men aren’t enrolling and graduating from HBCUs and other higher education institutions compared to the success of their female peers. Supporting Black men in their quest for higher education is inarguably important and research should continue to be dedicated to this topic. However, there is an underlying assumption that since Black women are persisting through college to graduation they don’t need specialized support. This assumption is ignorant at best and perpetuating patriarchal oppression at worst. It ignores the unique place that Black women at HBCUs inhabit — at the intersection of race, gender and class.

With dwindling resources for student support programming, increased research and data on student success is a necessity to ensure funds are allocated to services for the most high-risk student populations. Currently, research shows that gender-specific programmatic support for Black males eats up larger portions of programming budgets at HBCUs based on the current influx of research on Black males coupled with the assumption of Black female success. This is despite that fact that Black women are still underrepresented in certain fields such as STEM programs. Increased research on the academic and social needs of Black women would give advocates the data they need to petition for female-specific programming and support.

What little research has been conducted on the Black female experience at HBCUs indicates that Black women are in fact not being fully supported. One recent study that interviewed Black women at an elite, private HBCU found that female students feel ignored, invisible and generally less important than their Black male counterparts, even though Black women are the majority on campus. The study participants were also keenly aware of the needs of Black men and spoke about how they would cede space in classroom discussions for their one or two Black male peers. Black women have been historically tasked with uplifting the entire Black community and this burden is still a large part of the lives of educated Black women. This begs the question: isn’t it time that resources and research are dedicated to those that have done so much with so little support?

Research that centers on the voice of the marginalized and oppressed also creates space for others to share their voices. In her article — The HBCU Experience: Liberating or Not, — Joy L. Kennedy critically reflects on her experience as an undergraduate student at an HBCU and a graduate student at a predominantly White institution. She recalls a time in a graduate course where her professor acknowledged to her students that she was a lesbian, effectively centering her own voice and experiences while also creating space for others to do the same. I believe that this act of courage and feminist pedagogy can be transferred into emerging scholarship on HBCUs and researchers should be encouraged to center marginalized voices and create space for other academics, administrators and students to do the same.

The central mission of HBCUs to educate underserved and underrepresented students makes them the perfect spaces to center Black female experiences in higher education. They are counter-hegemonic institutions where feminist pedagogical practices are already occurring within the classrooms. While many HBCUs are already doing the necessary work to support and center their female population, it is time that researchers turn their attention to centering the Black female student population at these institutions.

Abigail Shepherd is the program coordinator for the Alliance for Higher Education and Democracy (Penn AHEAD) at the University of Pennsylvania’s Graduate School of Education. She also is a part-time masters student at Penn’s GSE in the higher education division on track to graduate May 2016.

An earlier version of the article inadvertently credited another writer as the author of this commentary. Diverse regrets the error.

Florida GOP Candidate: Guns Should be Allowed on Campuses