Native communities have a “complicated” relationship with education, according to University of Southern California English Professor Dr. David Treuer.

Under Capt. Richard H. Pratt’s mindset of “kill the Indian in him to save the man,” generations of Native children were forcibly removed from their homes and sent to assimilation boarding schools.

“These schools ruptured all sorts of relationships with place, with family, with tribe, with tradition,” said Treuer. 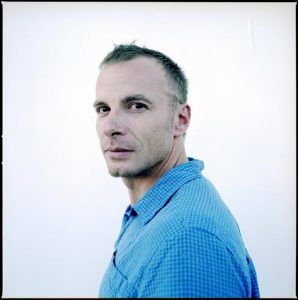 Originally growing up on Leech Lake Reservation in Minnesota, his educational experiences were highlighted during the third day of Achieving the Dream’s virtual conference on Thursday.

Throughout K-12 and higher education, Treuer was never exposed to a Native teacher or mentor. While earning his undergraduate degree at Princeton University, he was often confronted with the idea that Native communities were “significant to America’s past not America’s future.”

“If we existed at all, which was often times disputed, we existed in the past,” said Treuer. “If we were alive, we were alive as only perpetual sufferers living on dusty reservations, living lives of pain. No where did I come across the idea that we were part of the story of this country.”

However, now the growth of tribal colleges and universities (TCUs) has created a positive impact on Native communities.

“This contributes to the fulfilment of the nursing program’s mission which in part includes intentional aim to educate nurses to be culturally sensitive and focus on the health needs of the American Indian population and the rural communities,” said Stephanie Hammitt, president of FDLTCC and enrolled member of the Fond du Lac Band of Lake Superior Chippewa.

These community relationships are seen across higher education institutions to increase equity and support students of color.

In 2018, the school partnered with community organizations to establish the Broward Up business model which offers certificate-base courses, workshops and support services at no cost.

“We think about how do we make it impossible for an individual who has to leave their home, perhaps go to the bus stop, not to see postsecondary attainment opportunities,” said Gregory Haile, president of Broward College. “We have to be in the heart of those communities.

The goal is to raise social and economic mobility, improve degree attainment and increase college access and attendance. 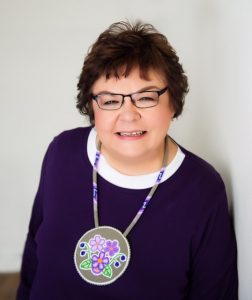 Since its establishment, over 2,500 people have completed the courses and workshops within local Broward communities as well as earned over 500 workforce ready certificates and industry certifications, according to Haile.

Supporting student parents was also at the forefront of the conversation at the conference.

Student parents are more likely to be first-generation, low income or live below the federal poverty line compared to their peers. Additionally, within six years, over three in five parents leave community colleges without a degree or credential, according to a study from the Institute for Women’s Policy Research (IWPR).

Factors that affect college enrollment for student parents include lack of childcare options and flexible courses as well as added financial stresses.

For student parent LaTrena Artist, transferring from a community college to a four-year institution also brought on its own set of challenges. She went from having access to a book loan system and smaller class sizes to facing an increase in textbook costs and less course flexibility.

“It would have just been phenomenal if some of the resources available [at the community college level] were provided to us [at the four-year institutions],” Artist added.

“Being able to reengage this student parent population that has left college without a degree yet still has a desire to return is now more important then ever given the disproportionate impact on student parents during the pandemic,” she said. “This is particularly true for student parents of color, students with young children and those experiencing poverty.”

Other sessions throughout the day focused on mental health, the first-year experience and rethinking education to meet the needs of the 21st century workforce.