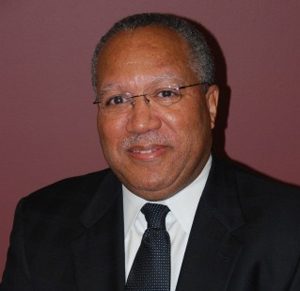 Evidence that there are billions in private hands to be shared was again confirmed this spring, when the Council for Aid to Education issued its annual report that monitors contributions to colleges and universities in the United States.

Contributions rose 7.6 percent over 2015 to $40.3 billion, the center reported in its Volunteer Support of Education (VSE) survey of more than 1,000 institutions across the nation. ­The top 20 fundraising institutions raised a hefty 28 percent of the funds, the center found. ­They are the “pacesetters,” as one college fundraiser describes them.

Those “pacesetters” have learned what attracts donors — stability in institutional leadership, accountability, and alumni and donor engagement. To better convey these characteristics to potential donors in recent decades, the pacesetters have invested millions of dollars into sophisticated, high-tech operations with hundreds of employees who conduct extensive research on alumni and other potential donors.

These well-oiled fundraising operations make thousands of phone calls, write scores of letters, make hundreds of visits to potential donors, get to know an institution’s alumni and supporters like family, and know their institution like the backs of their hands.

Today, hundreds of institutions across the country — large and small, public and private — see an urgent need to emulate the pacesetters, as states and corporations, the reliable underpinnings of support for higher education for the masses for nearly two centuries, cut their support of higher education.

Poole, who has spent more than 30 years in academic fundraising, says most “well-endowed” institutions have a large team of full-time staffers focused on soliciting funds and a long history of fundraising on a regular basis.

For sure, there is no magic wand that can be waved to help institutions with unsubstantive track records in fundraising instantly to get in the game. It takes money, human engagement and employees who can convert potential donors into donors, say those in the field.

Absent an arsenal of that capacity and a playbook that fine-tunes the art of improving alumni relations to help boost fundraising, smaller players are getting resourceful in a myriad of ways, some sweeping, others incremental.

Some institutions, such as the University of Connecticut, North Carolina Central University and The Ohio State University, are collapsing long-established alumni associations under university control. By doing so, they and others hope to cut costs by reducing redundancy while reaching more alumni more effectively and speaking with one voice — that of the institution’s president. This approach is in its early stages at these institutions.

Many alumni associations, still proud and protective of their independence, are ramping up their fundraising efforts and stressing giving in addition to networking.

Florida A&M University, founded by the state of Florida to provide higher educational opportunities for Blacks, has seen its 3,000-plus alumni association expand its efforts beyond networking and giving aid to freshman students. Last month, the national alumni association raised more than $700,000 from alumni specifically to help retain students, as more and more students are able to attend the institution yet are unable to pay the ongoing costs of completing at the university.

Florida, after decades of basing annual state allocations on student headcount, now uses student retention rates to base part of its annual allocation of state dollars to state schools, according to state, university and alumni officials.

In Maryland, meanwhile, at Bowie State University, a teacher’s college established by the state in 1865, the institution’s national alumni association of several hundred people has decided to start alumni chapters by affinity group, after decades of organizing chapters geographically. Engagement and support are on the rebound, say alumni and university officials. There is now a Hall of Fame chapter for alumni athletes and Gospel Choir chapter for those who sang, all built around an affinity groups event. A band chapter is coming soon, among others.

Like a number of institutions across the country, Bowie has a unique history. It has a small alumni association; a 1 percent alumni-giving rate; a diverse history of having grown from a training school to a university, having moved from the city of Baltimore to a Washington, D.C. suburb; and no substantive history of focusing on alumni relations beyond networking. Understanding one’s roots is important to navigating the future, Word and others say.

As institutions search for best practices and ideas, advice abounds and comes from all directions.

Some common thoughts permeate advice, regardless of whether it comes from a pacesetter, an institution starting from the bottom of the heap or somewhere in between.

“As with anything, you need to know your audience,” says Aaron J. Moore, director of advancement and executive director of the California State University (CSU) Alumni Council. The body serves as the voice of alumni relations for CSU’s 23 campuses. Collectively, the local alumni groups have communications with some 3.2 million addressable alumni. Alumni fundraising topped almost $89 million last year.

“You have to narrow down your efforts to people most likely to give,” he says, noting the CSU institutions could not afford to reach every known alumnus every year.

The huge numbers also can be misleading, says Moore, as only 2 percent of the funds raised each year are unrestricted. More than half the funds are to support current programs, 20 percent are for CSU’s endowment and 12 percent are for campus improvements. There is little wiggle room for funds, Moore says, adding “philanthropy isn’t designed to replace state support.”

High on the list of best practices for alumni affairs is a priceless item that costs little if any extra expense on the part of institutions or associations, says one noted observer of higher education across the country.

“Conceptually, the best practices in alumni relations are [to consider] a person is an alumnus from the first day they are there [at a school],” says Johnny C. Taylor, president and CEO of the Washington-based Thurgood Marshall College Fund.

“It forces you to treat students like alumni,” says Taylor, who says many institutions and alumni associations miss winning longtime friends and wealthy supporters because an individual did not graduate from an institution. Now, he says, some can be wealthy individuals in entertainment, sports or the arts.

At an early age in college it’s now known which student will be a loyal alumnus and donor in the future. As Taylor says, “You’ve got to follow up [with] your alumni.”