Health Researchers Hone In on Sexual and Gender Minority Issues

In studying health issues, surprising differences can arise among subsets of the population ― between men and women, among people in differing economic brackets and more. Health issues also emerge along the spectrum of sexual identities. 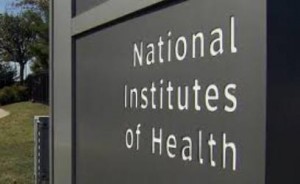 While researchers have long focused their efforts on health concerns among the LGBT community, a new subset within the research is emerging. In the fall of 2015, the National Institutes of Health (NIH) created an office of Sexual and Gender Minority (SGM) Research Office within the Division of Program Coordination, Planning, and Strategic Initiatives (DPCPSI), to delve more deeply into the research on the health challenges unique to or more prevalent among SGM communities.

The creation of an office dedicated specifically to SGM health issues was motivated by a shift in research literature looking at health issues faced by people not then represented in LGBT language, said Dr. Karen L. Parker, director of the Sexual & Gender Minority Research Office at the NIH. With the publication of an Institute of Medicine report in 2011, LGBTI became the preferred appellation for research, which includes individuals who identify as intersex. Since then, research has also come to encompass individuals identifying as gender nonconforming, queer, two spirit and others.

“NIH decided to move toward that sort of language, to become more inclusive, and to also keep up with where we felt the literature was headed,” Parker said.

Universities and research institutions leading the way in SGM health research, Parker said, are Northwestern University in Chicago, along with others such as the University of California, San Francisco and the Fenway Institute.

“There are certainly pockets of very highly qualified researchers who are doing some really groundbreaking work,” Parker said.

Northwestern established the Institute for Sexual and Gender Minority Health and Wellbeing in February 2016. Before the creation of the Institute, Northwestern was already doing research in LGBT health issues, and chose the acronym SGM because it more fully encompasses the range of sexual and gender identities, which is still in flux.

“We didn’t want to use an acronym that, in a couple of years, may exclude a new identity,” said Dr. Francesca Gaiba, research associate professor in medical social sciences at the Northwestern University Feinberg School of Medicine.

The Institute encompasses three primary programs: the IMPACT LGBT Health and Development Program, which was awarded $20 million in research funding from NIH; the Evaluation, Data Integration and Technical Assistance Program; and the Complex Systems and Health Disparities Research Program.

“Before research in these areas was more funded under other categories like HIV and cancer, and I think its been only recently that the government has realized that the effort to fund and research these topics should be under the umbrella of sexual and gender minority health, because a population approach has a benefit for research,” Gaiba said.

HIV and AIDS research still account for a substantial proportion of SGM- and LGBT-related research. Approximately 75 percent of the NIH SGM portfolio is focused on AIDs and HIV research, Parker said. Other areas of research relevant to the SGM population are depression and anxiety disorders and rates of smoking and alcohol substance abuse, she added.

“I think everybody agrees its time to focus on other important issues in addition to HIV and AIDS,” Gaiba commented. “The truth is that the issues that we need to look at are the same issues that we look at in other populations, such as in cancer, things that are related to our normal health. In addition we need to look at things that are related to the discrimination and oppression that LGBT people experience that create additional health issues, like mental health, depression, suicide and things like that.”