The ousted marching band director at The Ohio State University (OSU) has lost his Title IX suit accusing the school of gender bias. 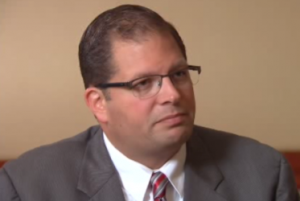 Waters started with the band as a student in 1995 and worked his way up as a graduate assistant, assistant director and eventually as the full-time director in 2013. He reported to the director of the School of Music.

In 2014, OSU’s Office of Compliance and Integrity investigated two Title IX complaints against Waters. He was cleared of the allegation that he’d retaliated against a female band member after she reported being raped by a male band member. However, the inquiry found a sexually hostile environment and extensive sexual harassment in the band that Waters had failed to adequately address.

The president terminated Waters in July 2014 rather than placing him on a performance improvement plan. His eventual permanent replacement was male.

In dismissing the suit, Graham said Waters failed to show that an allegedly similarly situated female employee had been treated more favorably or to show that OSU’s grounds for termination were a pretext for gender bias.

Specifically, Graham found insufficient similarities between Waters’ situation and that of the former head coach of the Spirit Program. The ex-coach had been placed on a performance improvement plan and later terminated for inadequately responding to sexual harassment complaints against two of her assistant coaches.

Graham said the two had been in different OSU units, reported to different supervisors and were terminated by different decision-makers. In addition, Waters “had a much greater level of involvement in the conduct at issue” — the sexually hostile environment — than did the former Spirit Program head coach.

A Sierra Leone-born political scientist who was repeatedly passed over for a tenure-track position has lost a Title VII and wrongful discharge suit against Howard University.

According to the decision, Bangura became an adjunct faculty member in 1998. He was an unsuccessful applicant for a tenure-track opening in 2006 but became a full-time lecturer in 2007.

He applied again for a tenure-stream position in 2013 but wasn’t considered by the search committee, the suit claimed. It accused a non-African Black professor of discrimination by removing Bangura’s application from the candidate pool.

After working seven years as a fixed term lecturer, Howard notified Bangura that he was ineligible for renewal and couldn’t apply for a tenure-track position under the university’s seven-years-and-out policy.

In the decision, Leon said that Bangura contended that Howard “concocted a phony policy that limited the opportunities of long-term, full-time lecturers and then applied that policy to him but not to others as a cover for some unidentified source of discrimination.”

However, Leon said Bangura failed to present enough facts to support a plausible Title VII claim arising from nonrenewal of his contract in 2015. For example, he didn’t allege that any other long-term, full-time lecturers received more favorable treatment “because they did not share Bangura’s race, color or national origin” — nor did he even specify the race, color or national origin of colleagues who supposedly were permitted to stay longer than seven years.

“All he has done is to raise discrimination as one of the many possibilities that would explain the university’s decision not to re-hire or promote him to a tenure-track position. That, unfortunately, is not enough to sustain a legal action,” the judge said.

He also held that Bangura missed the deadline for filing Title VII complaints about his 2007 designation as a lecturer or the results of his unsuccessful 2006 and 2013 tenure-track applications.

A Department of Veterans Affairs disability rating doesn’t automatically mean that a veteran has a disability under the Rehabilitation Act, a federal judge in Albany, New York, has ruled in an expelled student’s discrimination suit.

Craig Silman failed to show that he had a disability qualifying for accommodation by Utica College, despite a VA 10 percent disability rating for reflex sympathetic dystrophy in his right shoulder, U.S. District Judge Lawrence Kahn said.

And even if Silman’s condition were covered by the Rehabilitation Act, the college did provide a variety of accommodations, including use of a tape recorder, a notetaker and preferential seating in class, Kahn said.

Beyond that, Kahn said the college had a legitimate, nondiscriminatory reason to dismiss Silman without a formal disciplinary hearing based on his behavior, including threatening, aggressive and harassing comments to faculty and other students.

Silman enrolled as a pre-nursing student in the summer of 2013 and had conflicts with a psychology professor that fall. The conflicts included a grade dispute and a disagreement about the deadline for submitting a paper, leading the college to contact the local police department and request an FBI threat assessment.

The college dismissed Silman in April 2014 after other complaints about his conduct.

His suit accused the college of failure to engage in the interactive process, failure to accommodate, discrimination and retaliation.

The decision said that, even if Silman was not technically qualified under the law to accommodations, the college still provided them.

Nor was there evidence of an illegal discriminatory animus or that similarly situated nondisabled students had been treated differently, Kahn said.

It’s All About Degrees Conferred

Guillermo: Trump Must Not Shut Off Dream of DACA