Despite an increase in the number of college students with children, campus-based child care at public colleges is steadily becoming more scarce, according to a new analysis released Thursday. 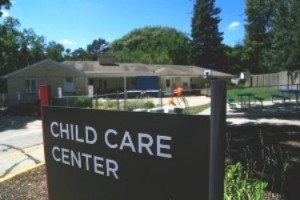 The analysis — performed by the Institute for Women’s Policy Research — found that the share of public colleges with campus child care decreased in 36 states from 2005 through 2015, stayed the same in 13 states and the District of Columbia, and increased only in North Dakota.

Meanwhile, the number of student parents increased from 3.2 million in 1995 to 4.8 million in 2012, according to the institute’s analysis.

“Despite the growing need for student parent supports, campus child care centers have been closing across the country,” the institute states in a briefing paper released Thursday.

College mothers are disproportionately women of color, according to the institute, which found that nearly half of all Black women, one-third of Hispanic women, and two-fifths of Native American and Native Hawaiian/Pacific Islander women are student mothers.

Providing child care for student mothers increases their likelihood of completing their degrees, the institute states, citing research that shows parents who used child care were nearly three times more likely to graduate from a community college or pursue a bachelor’s degree.

“Campus child care is a critical support for students balancing parenting responsibilities with school and, often, work,” said Dr. Barbara Gault, vice president and executive director of the Institute for Women’s Policy Research, or IWPR. “As need increases around the country, we must preserve existing child care resources and explore strategies for expanding access to supports for student parents.”

Currently, parents often face barriers to child care in the form of costs or rules and regulations, IWPR states.

“On average, low-income families (who earn less than $1,500 per month) with children under the age of 15 spend 40 percent of their average monthly income on dependent care,” the paper states. “This is an amount that is often infeasible for student parents — nearly 70 percent of whom live with low-incomes — who also have to cover the costs of college attendance in addition to meeting basic living needs.”

Beyond costs, student parents have to overcome other barriers, such as work requirements or waiting lists.

For instance, a 2016 survey conducted by IWPR found that 95 percent of child care centers at colleges across the country had a waiting list with an average of 82 children.

Eleven states require students to work to be eligible for child care subsidies, and three of those states — Arizona, Kentucky and Washington — require parents to work at least 20 hours per week, the brief states, citing research that shows working that many hours per week can hurt students’ chances of graduation.

“Significant work hours can be particularly harmful for student parents’ success,” the brief states, noting that 59 percent of parents enrolled in community colleges and who worked 20 or more hours per week dropped out without a degree or certificate after six years, compared to just 46 percent among those who worked less than 20 hours per week.

Policies need to be changed so that student parents have a better shot at earning their degrees, Gault said.

“College degrees promote economic well-being for low-income families, and have far-reaching benefits for communities, economies and for multiple generations,” Gault said. “To support college success efforts, states should align their child care subsidy rules and investments with higher education completion goals, rather than putting obstacles in the paths of families working hard to build a stable future.”