Increasing Equity and Access Through Competency-based Education: What Do We Know? - Higher Education

Increasing Equity and Access Through Competency-based Education: What Do We Know?

Interest in competency-based education (CBE) is surging in the higher education community, and across the nation; college-level programs are evolving and emerging. Introduced in the U.S. in the 1960s, largely in response to concerns by some that students were not equipped with the skills required for life after college, competency-based education models have grown up and are getting a serious, second look from educators—and the federal government. 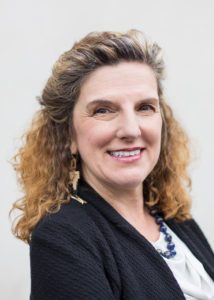 The U.S. Department of Education, along with a handful of philanthropic foundations and some higher education accrediting bodies are urging colleges and universities to develop, or intensify competency-based (sometimes referred to as outcomes based and more recently proficiency based) models — tools to delivery educational programs. The recent introduction of the Journal of Competency-Based Education, a peer-reviewed, online publication, also reflects renewed interest in CBE; and will no doubt chronicle its growth.

Competency-based models increasingly rely on other time-tested approaches to measuring learning that are not classroom based, such as prior learning assessment and its cousin, direct assessment. Taken together, these programs and assessments are part of the appealing promise that’s led adult learners back to college or prompted them to enter higher education for the first time. Gaining access to a fast, flexible path to a degree and a more cost-effective way to learn are attractive propositions, especially for the 80 to 90 million adult learners with no postsecondary credentials and those who understand that higher education is an economic necessity.

That’s why institutions like Fielding Graduate University, a CBE pioneer since the 1970s, has responded to the needs of those learners. Western Governors University (WGU) and Capella University are also among CBE’s early adopters. At WGU, cost reduction and flexible, online learning are major draws for its educational model. “Learn when it fits your life,” is WGU’s offer. Capella makes similar claims: competency-based graduate and professional programs have the “potential to significantly reduce the cost of a degree, accelerate the time required for degree completion, and better align learning to the needs of employers and society.”

In New Jersey, four colleges and universities recently formed a network to advance prior assessments of college credit for learning acquired previously on the job or from life experiences. Their efforts reportedly led to lower costs and time to degree while increasing access and retention. As such, competency-based learning and assessments models provide a mechanism for colleges and universities to validate what adults know, have learned and are able to do, we wonder are they also offering needed access and equity for the students who need a way forward?

Many in the competency education community believe that, over time, competency-based approaches—when effectively implemented in higher education—will be able to do just that. According to “Next Generation CBE,” a July 2016 report from Jobs for the Future, a non-profit group, this is the prescription: “If designed with the needs of a broader range of learners in mind, CBE could be an important piece of the national movement to increase educational access, equity, and credential attainment.”

But what about the evidence?  The empirical evidence needed to understand if CBE is working for students of color and other groups underrepresented in higher education is lacking.  The Education Advisory Board (EAB) recently completed a study with over 100 two- and four-year institutions with competency-based education programs. Its results, which were mixed, bear this out. Some EAB findings point to the diminished efficacy of CBE:  Students don’t know what competency-based education is, which can make it a challenge to socialize and teach; students who did accelerate their time to completion tended to be older adults; and to achieve the twin goals of degree attainment and acceleration, students need to have both faculty and success coaches—staff who can drive up the cost of delivering CBE.  This last point, in particular, is a critical consideration for minority-serving institutions, which often serve a diversity of ages, and operate with inadequate funding.

At Fielding Graduate University, we have found that a structured competency-based program model can accelerate graduation rates for mid-career professionals, but it is highly dependent on the students’ overall support network.  CBE program and assessment models continue to gain attention and acceptance.  What is needed to fulfill its promise for equity and access in higher education is more longitudinal and empirical research in this area—which will be of significant relevance to minority-serving institutions.