WASHINGTON — New models of colleges — coupled with new ways to rank them — got a fresh look Tuesday during a discussion about the future of higher education from the standpoint of administrators.

Geoff Cox, senior associate dean for finance and administration at Stanford University, said he was “fairly optimistic” about the promise of operating colleges as “benefit corporations,” which are essentially for-profits that aren’t entirely beholden to shareholder interests. 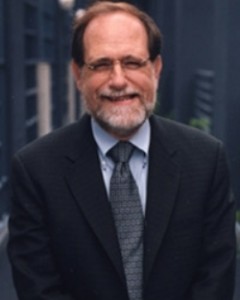 Geoff Cox is senior associate dean for finance and administration at Stanford University.

“The argument is that in a traditional for-profit setting, the company’s only fiduciary obligation is to maximizing shareholder profits,” Cox said. But under the benefit corporation structure — not to be confused with a B Corp seal of approval — there are protections that “curb” against being in business solely for profit and allow an institution to be more mission driven, Cox said.

“I’m fairly optimistic that this general model is something that could be applicable to a surprisingly large segment of higher education that is undercapitalized, tuition-dependent, and serve an important mission in our system of higher education,” said Cox, who oversaw the conversion of Alliant International University, of California, from a nonprofit to a benefit corporation in February 2015.

Cox — who said he is no longer associated with Alliant — made his remarks Tuesday at the National Press Club during an event titled “Public Administration Perspectives on the Future of Higher Education.” The event was organized in conjunction with Arizona State University and Public Administration Review, a bimonthly journal of the American Society for Pubic Administration.

Cox said the influence of the for-profit sector is changing the way colleges and universities operate.

“A significant effect of for-profit education is expensive marketing efforts,” Cox said. “Where lots of schools could rely on regional catchment areas without having to worry about where they attract students from, those days are simply gone.”

Whereas major for-profits have spent as much as 40 percent of their operating budgets on advertising and marketing, Cox said, nonprofits have typically spent less than five percent on those things.

“Now, to be in business, one has to spend 15 to 20 percent on marketing,” Cox said. “That has become a very huge tax on the organization and it’s difficult to maintain.”

Ann Khademian, professor and director of the School of Public and International Affairs at Virginia Tech, said benefit corporations represent a fascinating model for higher education.

“I think the benefit corporation presents an interesting blend of mission and culture around service with a focus on the bottom line as well,” Khademian said. The key, she said, is to find the “regulatory sweet spot.”

Robert Shireman, senior fellow at The Century Foundation, expressed skepticism over whether benefit corporations really guard against the profit motive. Shireman lamped down on the for-profit sector in higher education by initiating the “gainful employment” regulations as former deputy undersecretary of education for the Obama Administration.

“Is a school being fair and appropriate and fully informing potential students?” Shireman asked. “That’s a really hard thing to measure.”

Shireman said that nonprofits are different from for-profits in that there is no constraint on what for-profits can do with the money they raise for the business.

“But the publics and nonprofits can’t just take all the money. It has to be used for social value the public purpose of the organization,” Shireman said.

Cox countered: “I think that nonprofits can waste money a much as for-profits can.”

Other speakers touched on topics that ranged from the contemporary role of a university in preparing students to participate in a democracy and to work in the modern economy, to the need for colleges and universities to enroll student bodies that reflect the demographics of their locales.

The second generation rankings, which have already begun to emerge, will focus on “value-added approaches to evaluating institutions of higher education,” which includes outputs, such as degree completion and the economic success of graduates, instead of inputs, such as faculty salaries or the average ACT score of incoming freshmen, Frederickson and several colleagues write in a paper in the current edition of Public Administration Review.

“As higher education in the United States and abroad enters the second generation of experience with ranking and universities continue to make sense of it, we should ask larger questions,” the paper states. “Have rankings been a force for improvement in higher education? If so, for whom and in what ways? Does higher education ranking merely confuse status and prestige with quality, thereby reifying already elite universities?”