Jack Greenberg, the last surviving lawyer of the Thurgood Marshall-led team that argued Brown v. Board of Education before the Supreme Court, died Wednesday at age 91. 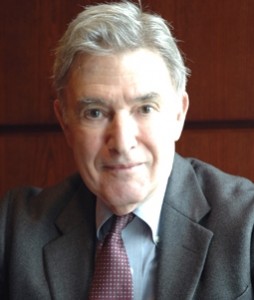 Born in New York into a family of Jewish immigrants, Greenberg’s activism was fueled in part by his knowledge of the similarity of hardships his family faced in escaping anti-Semitism and the racial oppression Blacks were subjected to in the United States.

Greenberg served in the Navy during World War II. After the war, he attended Columbia University and would ultimately earn a law degree from Columbia Law School. At age 24 in 1949, he was selected by Marshall to be assistant counsel for the NAACP Legal Defense and Educational Fund (LDF).

He assisted on two of the five court cases that laid the groundwork for Brown, which outlawed the “separate but equal” system of racial segregation in the public schools. Over the course of his career, Brown would argue 40 civil rights cases before the Supreme Court, take over the reins of the LDF as well as become a prominent educator.

“At just 27 years old, he helped argue the landmark Brown v. Board of Education case that desegregated our schools,” said Obama. “A decade later, he represented Dr. King in Birmingham Jail. He learned quickly that change would not come overnight ― that it would take many generations, more court cases, and nationwide movements to even begin realizing the dream of civil rights for all Americans.

“But Jack’s calm temperament and intellectual approach to moral arguments perfectly suited him for the fight; he knew, after all, that history was on his side. Michelle and I offer our thoughts and prayers to his wife, Deborah, his children, and all those who loved him dearly and have benefited from his strong sense of right and wrong.”