The University of Virginia is honoring the late Julian Bond, with an endowed professorship in his name. 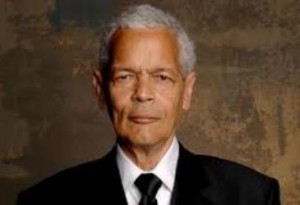 The civil rights stalwart who taught at UVA for more than two decades died last year. At a symposium that explored Bond’s legacy and work held at the university last Thursday, Dr. Ian B. Baucom, Buckner W. Clay Dean of the Arts & Sciences, said that the professorship was created to remember Bond’s contribution to advancing civil rights and the academy.

“Julian Bond worked tirelessly to ensure civil rights were extended to all Americans,” Baucom said. “The Bond Professorship will help us attract the faculty talent we need to continue the civil rights education work that Julian Bond championed throughout his life.”

University officials said that more than 350 alumni, parents and others raised $3 million to endow the professorship.

Bond joined the history faculty at UVA in 1992. More than 5,000 students took his popular course, “History of the Civil Rights Movement.” Between 2000 and 2014, he also co-directed the University’s “Exploration in Black Leadership” oral history project. He retired in 2012 and held the title of professor emeritus.

“Julian Bond made significant contributions to the University of Virginia, teaching thousands of our students while serving as a mentor and role model for all of us,” UVA President Teresa A. Sullivan said. “As a driving force for social change for more than a half-century, he had an extraordinary impact on our University, our community and our nation.”

Bond’s wife, Pamela Horowitz, said that her husband—who was a leading figure in the Student Nonviolent Coordinating Committee (SNCC)—never envisioned a career in academia. But she said that Bond, who also served as chairman of the NAACP board of directors for many years, viewed his students as “smart, curious and committed.”

Although he did not have a terminal degree, Bond told Diverse in a 2012 interview that “I hold my own” in the classroom.

In addition to his full-time teaching position at UVA, he also held teaching stints at Harvard, Drexel University, the University of Pennsylvania, Williams College, and American University.

His father, Dr. Horance Mann Bond, was an influential educator, who, in 1945, became the first African-American president of Lincoln University, a Historically Black College in Pennsylvania.

Deborah McDowell, director of UVA’s Carter G. Woodson Institute for African-American and African Studies, said that the endowed professorship will enhance UVA in the long run.

“The Julian Bond Professorship is critically important in centering civil rights, human rights and racial justice in our studies of the human condition,” McDowell said. “It will not only provide greater opportunities for our community to engage innovative scholarship and teaching in those areas, it will also raise the national and international profile of the University as an institution that recognizes the student of race and civil rights as absolutely essential to higher learning.”

Diversity Groups Turning Up Heat at University of Chicago