The former chief information officer at Wichita State University can pursue a retaliatory firing claim after he complained about a colleague’s allegedly offensive gender and race-related comments, a federal judge in Kansas has ruled.

The decision allows James Pulliam, who was terminated in 2014, to continue his Title VII suit. 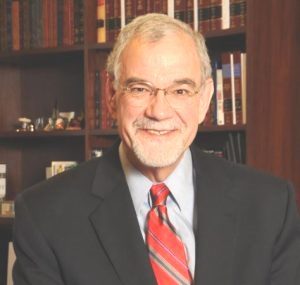 The suit alleges that the university’s chief data officer made multiple offensive gender-based comments, including repeatedly describing the female chief information security officer as a “bitch” and making a sexually explicit remark in front of employees and non-employees.

As for the allegedly offensive racial comment, the suit claims the chief data officer told an African-American job applicant “don’t pimp us out” during an interview.

Pulliam said he tried to report the remarks to the campus president and a vice president, as well as to the EEO and human resources directors.

The university asked U.S. District Judge J. Thomas Marten to toss out the case, arguing that Pulliam “could not have had a reasonable and good faith belief that he acted in opposition to race or gender harassment, because the alleged harassment was not serious or pervasive.”

Wichita State also contended that it had already decided to terminate Pulliam before the complaints because of his unsatisfactory management style and that Pulliam “waited until he knew his job was in the line to report the conduct he claims was inappropriate.”

But Marten ruled that there was enough evidence for a jury to decide whether Pulliam acted in good faith and believed that that workplace discrimination had taken place.

A jury could find that it was reasonable for Pulliam to complain about the multiple “gender-charged comments” he heard, Marten said.

And even if the pimp-related term was race-neutral as the university argued, a jury could determine that Pulliam had a good faith basis to object, even if he were mistaken, Marten said.

A federal judge in Baltimore has cleared Johns Hopkins University and two faculty members in a suit by an African-American woman alleging racial, gender and disability discrimination.

U.S. District Judge James Breda also found insufficient evidence to support a retaliation claim by Nicole McCrea. She had been provisionally admitted to an engineering program in 2010.

During her time in the program, McCrea failed or switched to audit status in several courses.

While a student, she was diagnosed with PTSD after being assaulted, and she registered to seek accommodation.

Ultimately the university sent her a notice of dismissal from the program but, citing a clerical error, reinstated her with probationary status a year later.

She sued Johns Hopkins and the dean and director of her program.

In reviewing the suit, Breda dismissed some claims on procedural grounds and determined that McRae failed to present sufficient evidence of discrimination or discriminatory intent.

Nor did she show that the university’s preferred nondiscriminatory explanations for its actions were a pretext for discrimination, he held.

This ‘Sister Circle’ of 8 Indiana Women Is Making History

Strayhorn Out as Research Program’s Director at Ohio State