Friends of HBCUs: President Obama is Not on the Ballot - Higher Education

It is perplexing that responsible media outlets, respected reporters, and some advocates for subsets of the membership of the National Association for Equal Opportunity in Higher Education (NAFEO) would escalate a discussion about the impact of President Obama’s policies on historically Black colleges and universities (HBCUs) at this critical juncture in election 2016. 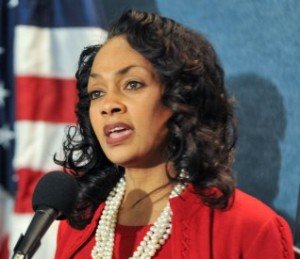 To do this just weeks before the 2016 election, in which the social and economic fabric, and indeed, the very soul of this nation are at stake, is a destructive distraction. President Obama is not on the ballot, but the two leading candidates with very different views with regard to values, action and vision are, and other candidates are running in every state in the union.

We must focus on educating the HBCU community and its allies on the platforms, policies and values of these candidates, and urge campus communities to lead in educating and delivering to the polls those who share our vision of a world-class education pathway. That pathway begins with pre-K and leads through a diverse, dynamic, accessible, affordable, adaptable and relevant postsecondary education and to rewarding employment, entrepreneurship, and/or service opportunities.

We in the HBCU community and the Black community at-large should expend our energies working to achieve a record voter turnout to counterbalance the expected throngs of voters who will go to the polls, excited and galvanized by the idea of turning back the clock to America’s darkest days when racism, sexism, classism, ableism, ageism, heterosexism, micro-aggressionism, and faithism were the order of the day. It is counterproductive at this juncture to elevate the important discussion about President Obama’s impact on HCBUs. Now is not the time.

Political power is primarily how we ― in our participatory democracy ― elect or appoint lawmakers and judges to write, execute and interpret legislation that is for the greater good and for the greatest number of people. To fully leverage our political power, we must educate, register and deliver to the polls every eligible voter who supports HBCUs, their core constituencies and shares their vision of bringing people together to realize our oneness.

We must elect people who have a vision and an understanding of why America needs thriving HBCUs, through which diverse students and communities are offered the tools, know-how, abilities, skills, and values necessary to succeed in today’s diverse, globally interdependent and technologically advanced world.

Our country needs elected officials who understand that, without HBCUs, America will not attain an excellent, diverse workforce. We must vote into office those who see clearly the centrality of HBCUs for developing students with the intercultural, interpersonal and political skills with which to compete and thrive, and for growing the Black middle class and Black wealth.

We need elected officials who will increase the numbers of men and women of color in all of the halls of power in this nation where decisions are being made about who will receive how much of what, when, where, how and why; and whose mission in public service will be to assist in counterbalancing the overwhelming and concentrated economic power of a few, by effectively using and leveraging their vote to pass legislation and appropriate our tax dollars such that everyone will be afforded an opportunity to participate fully in the bounty of our land.

A sidebar discussion in the final days of the election about the impact of President Obama’s policies on HBCUs may well suppress the vote of core HBCU constituents and others who share the values taught and personified in HBCUs, and by so doing, throw the election to candidates whose values and campaigns are inimical not only to the interests of HBCUs and their stakeholders, but to the best of American values.

Instead, this discussion should be had in the days following the election. As the nation’s only national membership and advocacy association of the presidents and chancellors of the 106 HBCUs and 80 PBIs, NAFEO welcomes the opportunity to help lead such a dialogue.

What is important for the remaining days before the election is that we fully understand our choices and we do everything within our power to deliver to the polls every registered voter who shares a vision for America and our values. We must use our voices and our votes to put into office candidates who believe in the criticality and centrality of HBCUs in moving America to become the best that she can be.

Voting our values on Nov. 8 must be today’s discussion.

Lezli Baskerville is president and CEO of NAFEO, whose members represent more than 700,000 students, 70,000 faculty, and 7 million alumni worldwide.

The Lawyer From Lafayette

In Defense of ‘Exploitation Games’