In a move that was not unexpected, the Board of Trustees at Alabama State University has fired its president, Dr. Gwendolyn Boyd, despite opposition voiced by faculty, students and alumni at the historically Black college. 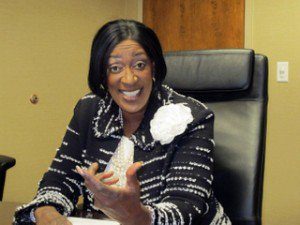 In an 8-6 vote Friday, the board terminated Boyd’s contract and announced a nationwide search to replace the veteran administrator. During the two-hour hearing, Boyd—an alumnus of ASU—pointed to her record, which she said included helping to put the HBCU on a sound financial track

But more than a month after trustees voted to suspend Boyd, claiming that she had failed to “maintain the confidence of the board,” few believed that she would survive an ouster.

“I feel for the university. I really do. We were trying to grow out of the revolving door and all the issues that surrounded it,” Boyd told reporters. “I really do feel for the students. They deserve a greater chance.”

“Gwendolyn Boyd has a proven track record of success at Alabama State University,” said Dr. Marybeth Gasman, a professor of higher education and director of the Center for Minority Serving Institutions at the University of Pennsylvania. “The board’s actions to fire her are absurd and only hurt the institution and its students.”

Gasman said that, until boards learn to stop micromanaging presidents and overstepping their roles, “and in this case demonstrating vile sexism, HBCUs—and any college for that matter—will not thrive nor serve the needs of their students,” Gasman said. “The fate of students is far too important to place egos and politics in its way.”

Dr. Robert T. Palmer, an associate professor of Educational Leadership at Howard University, said that the termination of Boyd may present a challenge for other HBCUs that are looking to recruit qualified and talented women into leadership positions.

“At a time when many HBCUs are experiencing rapid turnover in leadership, which poses a danger to the stability of these venerable institutions, this is a gamble that HBCUs can’t afford to risk,” Palmer added.