Salaries are often based on a longstanding “step” system that provides little flexibility to set salaries based on performance. 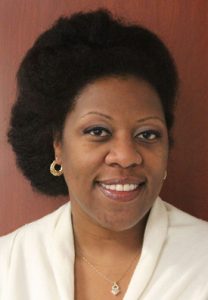 Under a new class and comp system set to take effect this July at Maricopa Community Colleges, the total number of job titles will be reduced from 1,800 to less than 500 — in part by getting rid of a bunch of “single incumbent” positions for jobs that didn’t really require a unique job title.

For instance, a KJZZ campus radio station employee might actually be an audio technician but have a KJZZ job title. Such titles are going to be a thing of the past.

“We have so much overlap; there were so many jobs that could be grouped,” explains LaCoya Shelton-Johnson, vice chancellor for human resources at Maricopa Community Colleges, who is overseeing the implementation of the new system. “We had a lot of those [jobs] that didn’t have distinguishable characteristics.”

Out with the old

Perhaps more importantly, the old “step” system — in which salary increases are linked to length of time on the job and blind to performance — will be replaced with a new “open-range” system that offers more flexibility to set salaries based on how well people actually do their jobs. And, “spot incentives” will be provided for employees who help their departments meet various performance goals.

These are some of the more radical changes set to take place at Maricopa Community Colleges. The process seeks to usher in a long-awaited overhaul of its class/comp system — something Shelton-Johnson says hasn’t been done in decades.

Shelton-Johnson says the new system will make the way Maricopa Community Colleges compensates employees, recognizes outstanding work, and rewards those who get involved with tasks that transcend their basic job duties more equitably.

“My vision for our system is that we have a compensation system that complements the way that we work at Maricopa,” Shelton-Johnson explains.

The pay system should reward employees who make extra efforts — such as serving on a committee or task force — through bonuses or spot incentives, Shelton-Johnson maintains. Or, she says, if a division or college accomplishes all of its strategic objectives within a given timeframe, those who were involved in the effort should be rewarded accordingly.

“We should be able to reward for that,” Shelton-Johnson says. “The goal is to have a menu of economic options or strategies that complement the way that works.”

However, questions remain about whether the new system will be fairer to workers from diverse backgrounds than the old one.

“One of the most elegant aspects of the current step system is its ability to diminish the specter of discrimination,” Soza says. “Our step system is race-, gender-, discipline-, and so on ‘blind.’

“We have a profound interest to ensure that any new salary system continues this equitable, fair and transparent element,” Soza says.

“They sort of discriminate against the high performers, because, as long as you’re meeting minimal performance, then you’re going to get an increase,” Chou says. “So those employees that are giving more or are more dedicated or spending more time with their students and doing a very good job, they’re kind of paying a penalty of sorts because they’re recognizing the same increase as other teachers who may be there just filling their time.”

At the same time, Chou agrees that open range systems and salary increases based on performance do create the “possibility of discrimination.”

Human resources departments, Chou says, must do “everything they can to remove nonperformance-related factors in how pay and increases are administered.”

“That involves training, No. 1, and making sure all managers and supervisors that make pay decisions are properly trained and are cognizant of that potential and careful about it,” Chou says. “Secondly, the HR department should be monitoring and certainly performing analyses of recommended increases.

“Those are the things they should be looking at. What do the high performers look like? Are they all White males or do we have a distribution of high performers that looks like our teacher population in general?”

Colleges and universities that are looking to revamp their class/comp systems must decide on their own whether it’s worthwhile to hire a firm to help them through the process or to go it alone.

“There’s no definitive right way to do it or wrong way,” Lawson says.

The class/comp overhaul at Maricopa Community Colleges has been in the works for several years. Gallagher entered the picture in 2015.

Shelton-Johnson says the decision to hire Gallagher at a cost of $400,000 to help Maricopa Community Colleges through the process is multilayered. The revamping of the system included conducting a study of the existing class/comp system that would have required the hiring of additional HR staff.

She adds that Gallagher has access to other data — such as comparative data from systems of similar size and scope — that enables the firm to do a more comprehensive job more swiftly than Maricopa’s four-person HR unit could have done on its own.

“If we were to have taken on something of this magnitude internally, we would have had to bring on two additional employees, and those positions run $90,000 annually,” Shelton-Johnson says. “When you look at the amount of expenses, the benefits outweigh the costs.”

Although hiring a firm to revamp a class/comp system may make fiscal sense in the long run, revamping the system is not something that necessarily reaps savings itself, Lawson says.

“The savings is going to be in the management of the system.”

Shelton-Johnson says that, under the old system, the 10 colleges in the system each made their own class/comp decisions.

The new system, she says, will be more centralized.

Maricopa Community Colleges is looking to set salaries that are about the average of comparable institutions, Shelton-Johnson says. However, the college system has made a commitment not to reduce any employee’s salary as a result of the new class/comp system. If some employees make more than they would under the new system, their salaries will be grandfathered in, but future employees who fill those jobs will be hired at the new rate, Shelton-Johnson says.

Shelton-Johnson says she is excited to help usher in a new system that incentivizes high performance by providing meaningful rewards in a timely manner.

“We are always looking at the field of HR: what can we do to create an environment that encourages people to do their best?” Shelton-Johnson says. The research, she says, points to paying people based on how they perform.

She adds that pay is the equivalent of basic needs in Maslow’s hierarchy of needs.

“If you’re not being paid, it’s difficult for you to reach your optimal level of performance.”

Pennsylvania to Forgive $30M in Loans to Cheyney University

Calif. K-12 Schools Make Gains But Some May Face Sanctions