A married Asian American couple — both a former and current faculty member of the University of Michigan — have charged the school with multiple  violations of the Michigan Elliott-Larsen Civil Rights Act based on race, gender and marital status in a lawsuit that could expose the school’s shallow commitment to diversity. 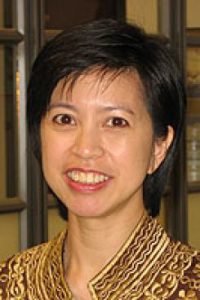 Scott Kurashige, who has been with the university since 2000 and a full tenured professor since 2012, and his wife, Emily Lawsin, a lecturer in women’s studies and American culture since 2000, claim the discriminatory treatment they received resulted in a hostile work environment and retaliation, violations of the Michigan Civil Rights Act and of the Persons with Disabilities Civil Rights Act.

“This case is a significant case for the academic world to follow because the UM has one of the most comprehensive diversity policies and procedures in the country,” said the plaintiff’s lawyer, Alice Jennings, who added the university’s policies actually did little to assure diversity.

“The Plaintiff’s Lawsin and Kurashige are high-performing, academic scholars, yet the moment they begin to raise issues of race discrimination and race- and sex-hostile work environments at UM, they were quickly retaliated against and eventually pushed out of the UM.”

The lawsuit paints a broad picture of discrimination and exclusion at the school that Kurashige previously documented in his writing and in the media. The suit alleges his outspokenness on exposing the school’s discriminatory demographics (e.g., only 4.1 percent Black, 4.6 percent Hispanic, 0.2 percent Native American in 2015; only 4 percent of students from low-economic status in 2014) led to his termination as director of the Asian and Pacific Islander American Studies Program in 2013.

Kurashige, a tenured professor and a winner of the American Historical Association’s Beveridge Award, alleges he was blacklisted by colleagues and forced to resign in 2014.

Lawsin was also harassed for attempting to expose discriminatory practices at the school. While on protected leave to care for a baby with Down syndrome in 2015, she alleges the school began layoff proceedings that turned into a move to terminate. Lawsin has since been barred from teaching her classes for the winter 2017 semester.

Jennings said the university had no cause for action against Kurashige or Lawsin.

“As is usually the case where an individual is championing the rights of others and refuse to accept racial and sex discrimination aimed at them, the institutional process, by individual leaders or administrators, creates pretextual allegations against the person or community of persons to give a logic to their discriminatory or retaliatory actions,” Jennings told Diverse.

Jennings continued: “I think what occurred with professors Kurashige and Lawsin is precisely what occurs in an academic culture that is systemically racial and sexist and geared to perform in a protect manner against people of color who will not allow themselves to be undercompensated, -evaluated or humiliated, degraded and treated with disrespect, where others — non-people of color, similarly situated are treated more favorably.”

The lawsuit, originally filed last December, moved into a new phase last week after the school was granted an extension and responded with a motion to dismiss the complaint.

“We will vigorously defend the university against this lawsuit,” University of Michigan spokesperson Rick Fitzgerald said in media reports.

The next step is for a judge to meet with both parties to set a timeframe for an eventual trial or settlement.

Kurashige and Lawsin are seeking reinstatement to the university, with unspecified economic and non-economic damages.

“This could be a landmark case for all of academia, especially those institutions that hold themselves out as being champions of diversity,” Jennings said. “Diversity and equal employment opportunity require a huge amount of work. The policies and procedures do not enforce themselves. There must be a method for a quantitative and qualitative metric to measure the success or failure of an institutional commitment. Here at University of Michigan, so far there has been an abject failure in getting beyond a paper commitment and lip service.”

Emil Guillermo is a veteran journalist and commentator. He writes for the civil rights organization AALDEF at http://www.aaldef.org/blog.

What Are Think Tanks Thinking About?