A divided Board of Regents at Kentucky State University this week selected a new chief executive to lead the troubled state-controlled, land-grant institution, despite widespread concern the process of selecting a new leader was flawed and concluded too quickly. 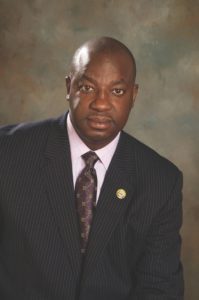 Dr. M. Christopher Brown, executive vice president for academic affairs and provost for Louisiana’s Southern University and A&M System for less than a year, was chosen by a 7-3 vote from a pool of three finalists, the university announced Monday.

A broad base of the Kentucky State community, ranging from students to faculty to alumni, had questioned the search committee’s work and expressed sharp concern over the refusal of the committee to consider interim president Dr. Aaron Thompson. He has had served since last May.

Thompson, widely respected in Kentucky for work in education, had taken the helm of the university after Raymond M. Burse, a highly respected retired executive of General Electric, left the post after two years to return to retirement. Before leaving, he had faulted the state’s new governor with proposing draconian budgets cuts that would be lethal to the university.

Three of the seven regents spoke passionately about their opposition to the vote to select a president this week, echoing a variety of constituents of the university who expressed alarmed that Thompson had not been considered for the job nor chosen as a finalist.

“This dark cloud is not going to leave unless we put the best process in place,” said Paul Harnice, one of the three vocal dissenters, according to a report in the Lexington-Herald Leader, the daily morning paper serving the university area. The paper had covered the regents’ meeting during which the presidential vote was taken.

Brown has been admired by colleagues in the higher education community for his academic research on historically Black colleges and universities (HBCUs) and their pursuits of STEM studies. He has also been challenged over his leadership abilities, the appearance of “job-hopping” over the last decade and is not viewed as an aggressive fundraiser.

Brown, nor university officials returned calls to discuss the university’s announcement of his hiring.

Regents Chair Karen Bearden, whom the newspaper reported had no comment after the vote, did not vote on the choice. Still, in her statement, she said Brown’s past experience in higher education and his vision for the future of Kentucky State “make him an excellent choice to lead us into the future.”

Kentucky State’s selection of Brown came as at least a dozen of its peer institutions are searching for new leaders amid increasing concerns in the higher education community about enrollment and revenue declines, and stiff competition for new presidents with a desire to raise money and ability to manage what they have.

With Kentucky State out of the running for the moment, some other historic names remain on the hunt, including Morehouse College, Florida A&M University, Cheyney University of Pennsylvania, Bowie State University, Stillman College, Fisk and Tuskegee universities.

Brown could wind up in the mix of candidates again, one observer noted, as he and Kentucky State officials have not publicly disclosed his start date or the terms of an employment understanding. Currently, the Louisiana post at the much larger Southern System pay him $205,000 a year. He and his previous employer, Alcorn A&M University, split when university governors took issue with him over expenses authorized for the university president’s residence. He did not win that dispute.

Should all go as planned, Brown will inherit a load of challenges as Kentucky State’s new president. In addition to the state’s governor voicing strong desires to reduce the state’s support of public colleges, Kentucky State is among the hundreds of institutions that may be negatively impacted by expected cuts in federal support of higher education.

Just over 50 percent of the historically Black university’s enrollment of about 2,090 students are Black.

When the sharply divided presidential search committee of the Board of Regents announced its three finalists last month, questions abounded about the search process for which Academic Search, a Washington, D.C.-based consulting firm, was paid $125,000.

‘You are not American’: ODU Professor Apologizes for Email