A proposed plan by President Donald J. Trump to take a total of $3.9 billion from the federal Pell Grant surplus is either “reckless or a spectacularly devious political play.”

That is the take of Michael Dannenberg, director of strategic initiatives for policy at Education Reform Now, a District-based education research and policy organization.

“What’s happening is the Trump administration is working its way toward eliminating the Pell Grant program’s rainy day fund,” Dannenberg said. “In the future, when there’s a Pell Grant program funding shortfall, which regularly happens when the economy turns down because there are more poor people translating into more poor students eligible for Pell, there will be a program budget crisis created. 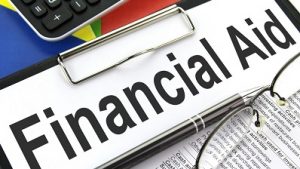 “There won’t be a rainy day fund to tap to maintain the Pell Grant award size, which will threaten kids in their sophomore and higher years with having the financial aid rug pulled out from under them.”

About 7.6 million students used about $28.2 billion in Pell Grants in the 2015-16 school year, according to statistics from the College Board.

Dannenberg said when the “inevitable Pell Grant program funding shortfall” arrives due to a downturned economy, it will force Congress to make a tough choice — either embrace emergency deficit spending or find other domestic programs to cut in order to maintain the maximum Pell Grant so that students won’t have to drop out of school.

“Basically the Trump administration is looking to conspire with congressional Republicans to set up a situation where in later years they can use Pell like a hatchet to go after other discretionary spending,” Dannenberg said.

“In other words, actual awards aren’t in danger,” he continued. “But the Trump administration is setting up a situation where they can use Pell budget shortfalls as an excuse to cut other programs to maintain Pell Grants. It’s either reckless or a spectacularly devious political play.”

Diverse reached out to several Republican leaders of the Republican-controlled education committees in both the House and Senate for comment but did not obtain a response.

Asked whether Pell Grants will be safe under the Trump administration, a representative in the office of Sen. Lamar Alexander, R-Tenn., chair of the Senate Health, Education, Labor and Pensions Committee, highlighted portions of a previous statement that Alexander issued regrading Trump’s proposed budget:

“The president has suggested a budget, but under the Constitution, Congress passes appropriations bills. … We will not balance the budget by cutting discretionary spending, which is only 31 percent of spending and is already under control because of earlier budget acts.”

Concerns about the future of the Pell Grant program stem from two separate proposals from the Trump administration.

The first is the Trump administration’s call in its “blueprint” for the fiscal 2018 budget for a “cancellation of $3.9 billion from unobligated carryover funding” from the Pell Grant program.

The second is proposed $1.3 billion “rescission” from the Pell Grant program in fiscal year 2017 because the program has $8.5 billion in “unobligated balances coming into 2017.”

“A $1.3 billion rescission would still leave the program on solid footing in the outyears,” a White House memo states.

The House Committee on Education and the Workforce released a “budget views and estimates” document last month that purports to put the Pell Grant on a “path to stability” in recognition of the fact that the program is expected to face funding gaps beginning in fiscal year 2021. It suggests “streamlining” Pell Grant funding by “returning all funding for the program to the annual discretionary appropriations.”

However, The Institute for College Access & Success, or TICAS, an Oakland, California-based organization that focuses on issues of college affordability and student debt, maintained the Republican plan would effectively eliminate $77 billion in mandatory Pell Grant funding over 10 years.

Mandatory funding currently pays for about a fifth of the $5,920 Pell Grant in the coming school year, TICAS noted, while discretionary funding funds the rest.

“This House plan to eliminate mandatory Pell funding would have profoundly harmful effects for students and put college further out of reach for millions of Americans,” TICAS stated in a recent blog post, adding that the House proposal to eliminate all mandatory funding would cut Pell Grant funding by $7.2 billion in fiscal 2018 alone.

“Even if Congress used all the Pell Grant reserve funds to replace the Pell mandatory funding in FY 2018, it would lead to a $2.7 billion Pell Grant funding gap the next year (FY 2019),” the post stated.

The piece explained further that, to close the gap, Congress would either have to eliminate grants entirely for more than 700,000 students or cut all students’ grants by an average of almost $350, or some combination of those approaches. The situation would worsen each year, TICAS maintained, forcing “even more severe Pell Grant cuts going forward.”

“It is unconscionable to create a Pell Grant funding crisis by eliminating all mandatory funding and try to mask it using the program’s temporary reserve,” the blog post opined, lamenting the declining purchasing power of the Pell Grant.

“Rather than making deep cuts to Pell Grants, Congress should instead invest existing Pell Grant funding in helping students whose urgent needs include restored access to grants year round, an increase in the maximum award, and an extension of the grant’s inflation adjustments that expire after this year,” the TICAS piece stated.

Stephen Burd, senior policy analyst at New America, a think tank based in Washington, D.C., also said the Trump administration and Congress could use what’s left of the Pell Grant surplus — currently at $10.6 billion — to replace the mandatory funding portion of Pell Grants for fiscal 2018 if they cut it.

“But once the surplus is gone, Congress would either have to find an additional $6 billion or so to appropriate or reduce the program’s funding by that much,” Burd said.

While there is no immediate threat to the maximum Pell award now, Burd said whether that remains true in future years remains to be seen.

“We could be talking about very significant reductions if Republicans follow through on threats they’ve made to cut mandatory funding in the past,” Burd said.

But doing so would come at a political cost.

“Cutting student aid has been detrimental to Republicans in the past,” Burd said. “I believe it would be detrimental again.”

Neal McCluskey, director of the Center for Educational Freedom at Cato Institute, a libertarian think tank, said it seems “unlikely” that there will be major cuts to Pell Grants because they are “probably too popular to appreciably target.”

However, he said, “The unobligated carryover could be targeted because that would not represent a cut from what has actually been used in Pell.”

“I would not be surprised if some compromise were reached on the carryover, with Pell spending left untouched, and maybe cancelling $2 billion instead of the $3.9 billion of the carryover proposed in the ‘skinny’ budget,” McCluskey said in reference to Trump’s preliminary budget proposal.

He said cutting the unobligated carryover would likely have no impact on students — at least in the short term if enrollment does not increase.

“Cuts to Pell Grants themselves — either in the maximum size of a grant, or lowering income eligibility thresholds — could impact college going or completion, but that would all depend on the size of the cuts, and no specific cut has been proposed,” McCluskey said. “Of course, cuts could also have a positive effect, encouraging schools to lower prices, or to redirect institutional dollars to lower-income students.”

Support for Minority-serving Institutions may Hang in Balance of Election