In Chicano Manifesto (1971), Armando Rendon made the radical claim that the United States and Mexico were technically still in a state of war (1846-1848) because the 1848 Treaty of Guadalupe-Hidalgo was violated prior to even its signing, and that therefore, a state of war continues to this day.

Rendon’s claim was based on war having been waged against Mexico; half of its territories were illegally seized via war or threat of war during the 1830s through the 1850s; and several of the articles (Article VIII and IX) from the treaty were altered and one (Article X) was outright deleted​. These articles had to do with land rights and the human rights of the peoples that remained in the former Mexican territories. 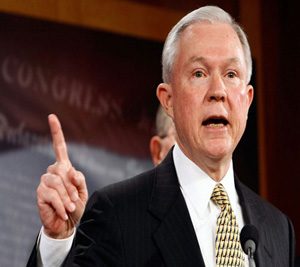 Here, I am not agreeing or disagreeing, but actually positing something even more radical: that people of Mexican descent (including Chicanos/as) that live in this country, live in a permanent state of dehumanization and thus also part of a permanent state of insurrection that has been ongoing since the days of Columbus, Cortez and Pizarro and other “conquistadors,” one that never ended, and technically, can never end. These (Indigenous) insurrections and rebellions went on long after the official wars of Independence ended in the 1800s that rejected the more than 300 years of colonialism.

Much of this has to do with the so-called “master narrative of history.” This narrative speaks of imperialism, but does not name it, instead referring to it as “The Conquest” as if it were a fait accompli.  As part of this narrative, in regards to most of the Americas, peoples from Europe, namely Spain, came to this continent, fought against native peoples, defeated, conquered, subdued and pacified them, and as result, the land (and peoples’ souls) magically transferred over to European Christians. Actually in this narrative, all of this was God’s will via providence and then later, manifest destiny.

This is fiction; at best, a children’s bedtime story.

Remember that Spanish/European colonialism was not a one-time event; there were hundreds of wars and many hundreds of rebellions, just as there were many hundreds of peoples throughout the continent. It would have been impossible to have conquered all native peoples by the simple act of defeating one people or defeating a people in one or two cities (Tenochtitlan or Cuzco). The truth is that the ensuing rebellions continued. In fact, there are many examples of pan-indigenous and widespread revolts and resistance throughout the continent. Some included the great Mixton War in the mid 1500s by peoples in the northern provinces of what is today Mexico, led by the Caxcan Lord, Francisco Tenamaxtle. Similar revolts took place among the Chichimecas also in the same region in the latter half of the 1500s. Same with peoples from the Andes in the 1500s (led by Tupac Amaru) and 1700s, and among the Maya from the 1500s through the 1900s. The great pan-Indigenous Pueblo revolt in what is today the U.S. Southwest in 1680 drove Spaniards away from the region for 12 years.

To be sure, whenever one uprising was quelled, another one sprung up elsewhere. This has been true since 1492. This is why Latin America has always been considered “unstable.” Did not the Zapatistas rise up in Chiapas in 1994? And what is Standing Rock today?

The notion that native peoples were subdued and conquered is but part of that “Western master narrative of history.” It has to be believed, otherwise, “western society,” including the United States, sits atop Indian Country and it becomes a civilizing story as opposed to one of genocide, land theft and slavery. Ask native peoples anywhere on this continent if they consider themselves/ourselves conquered and subdued, and one may be surprised by the answer. A clue is the common belief that every square inch of Turtle Island, Pacha Mama, Cemanahuak or Abya Yala – from Alaska to Chile – remains Indigenous.

To think otherwise is only in the minds of those that came to conquer from across the ocean. For example in the Mixton War, the Spaniards believed that when they captured and sent Tenamaxtle to Spain in chains, that that somehow ended that war. However, the “levantamiento” (as the Spaniards referred to the uprisings) continued.

In a similar way, so-called treaties (between governments, as opposed to with the original peoples of this continent) and so-called end of rebellions was simply in the minds of the foreigners.

In effect, what is being said here is that the state of insurrection(s) by native peoples on this continent has never been quelled. The reason is because it cannot be quashed unless all lands are returned, etc. No one has the authority to end it. It is akin to when the Mexican government in the 1800s sued for peace with the Maya. The Maya famously proclaimed to their enemies: “Go away and then there will be peace.”

That state of conquest is both physical and spiritual and for many, they always will refuse it, something that many Europeans will seemingly never understand. These are instructions from Manku Inka, as recalled by his son Titu Cusi in the 1500s, on how to resist: “The first thing you will do is not believe a word of what those bearded men say … what you can do is give outward signs of obedience to their orders. … When you cannot resist any longer, make the motions before them, but never forget our own ceremonies.”

I will submit that that resistance, and the evidence is all around us, continues to this day. Some will write it off as long-ago history, but the reality is that resistance will always continue to exist.

The radical proposition that I put forth is that Mexicans/Chicanos/as in the United States, are peoples that are also in a state of insurrection. Part of that is not by choice in large part because they have never been treated as full human beings with full corresponding human rights, thus, with or without a treaty, the social contract that permits a government to govern is arguably null and void in regards to such peoples, again, peoples who have never been treated as full human beings by this government and society as a whole.

Lest one believe we are talking about the past, witness U.S. Attorney General, Jeff Sessions’ words about Mexicans and Mexican migrants when he came to Nogales, Arizona a few days ago: “It is here, on this sliver of land, where we first take our stand against this filth.” Of course, Sessions has taken his cues from his boss, who when he launched his presidential bid, referred to Mexican migrants as rapists and criminals, distinguishing them from his primarily White audience.

If peoples needed a reason to be in a state of insurrection, plenty of reasons exist, including the current president’s war on migrants, specifically against Mexicans, including his proposal to build a wall and the creation of a special deportation force. These are policies that resemble Indian Removal, because that is precisely what they are.

If we look at history, what we will be told is that the simple act of baptism is what colonized a native person, in effect, giving up one’s (Indigenous) soul. On the larger scale, the Papal Bulls and the doctrine of discovery and something called the “requerimiento” from the 1400s-1500s, which was read to native peoples in Latin, is what supposedly transferred Indigenous lands (and souls) to European Christians. However, that at best is fiction, as such an act represented submission or colonization, though actually, in many cases, but survival.

Buttressing the claim that Mexicans/Chicanos… and today also Central Americans and Andean peoples also, are in a state of insurrection is that they arguably constitute peoples that either are from the north, or were driven north, to the lands of the Chichimecas, in what is today the United States. These are peoples who were considered wild and savage and “untamed” and “uncivilized.” And as an aside, some people believe the word Chicanos/as derives from Chichimecas. Yup. That is us. And there is no record of us having been tamed. There is no record of the “levantamiento” ever having been put down.

The question remains: does this levantamiento or state of insurrection continue to this day? Did the peoples sign treaties? What is to be remembered is that it was two governments that signed an illegal and immoral treaty, not the people themselves. Perhaps we indeed are those wild savages that the treaty refers to. Really, what many of us arguably are, are peoples that refuse dominion, especially during this Orange era.

After two years of unrelenting siege and war by the Spaniards, in 1521, the Supreme Senate of the Confederation of Anahuac, presided over by Cuauhtemoc purportedly left instructions (El Ultimo mandato de Cuauhtemoc) to the people to destroy everything — the schools, the temples, the houses of song, the ballcourts — and to bury that knowledge deep within the heart.

There are doubters of course, yet, there are millions who understood those original instructions to mean that one day, it would be time to bring that knowledge back. Translation: never surrender. That Mexicans and Chicanos/as, Central American and peoples from South America have begun to recognize their Indigeneity on census forms is also an indication that those insurrections are beginning to flare up once again. And finally, a Cheyenne proverb, which is appropriate here:

“A Nation is not conquered until the hearts of its women are on the ground.”