In order to give low-income students a better shot at graduation and to bring about more socioeconomic diversity on campus, the nation’s most selective colleges should make sure at least 20 percent of their students are Pell Grant recipients, a new paper being released today from the Georgetown Center on Education and the Workforce argues. 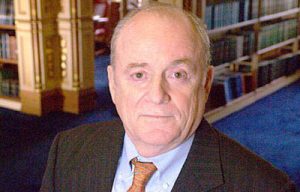 Billed as “The 20 Percent Solution,” the paper states that selective colleges and universities can increase the percentage of their Pell Grant students to 20 percent — roughly half the rate of the 39 percent of students overall who receive Pell Grants — and that it won’t hurt their graduation rates or their bottom lines.

“Just because most Pell Grant recipients are low-income does not mean they would not succeed in college,” the paper states, refuting what it cites as a common refrain among selective institutions.

“There are more than enough highly qualified Pell students — those who score above the median test score for students at selective colleges (1120 or higher on the SAT/ACT scale) — to fill all those seats at the affected selective institutions with no resulting decline in graduation rates.”

The Georgetown analysis found that there are 346 colleges and universities that fall short of the 20 percent Pell enrollment threshold, and that more than half of the Pell Grant recipient shortfall is concentrated among the nation’s top 500 most selective institutions, even though they only enroll about 25 percent of all undergraduates.

Research has shown that low-income students generally graduate at rates similar to their peers, thus, the paper argues, they would do better at selective institutions where the graduation rates are higher.

With regard to finance, the paper notes that the 69 most selective colleges each had an average annual budget surplus of about $139 million over the past four years — as well as a median endowment of $1.2 billion — and that these institutions could allocate more need-based aid to achieve the 20 percent Pell Grant recipient goal.

Dr. Anthony Carnevale, lead author of the paper and director of the Georgetown Center on Education and the Workforce, said that, while colleges and universities face many different constraints as they make decisions about admissions and finance that could affect their reputation, colleges should “still be thinking more about equity and stretching a little more to accept a greater cross section of students.”

“Colleges have an outsized role as engines of generational change and they receive extensive tax breaks and take advantage of many federal programs,” Carnevale said. “All of those factors give the public a stake, as well, in how these colleges are operating and contributing to society.”

The 20 Percent solution won praise among organizations that espouse better access and financial assistance for students from families of lesser economic means.

Mamie Voight, vice president of policy research at the Institute for Higher Education Policy, said more selective colleges could “advance equity by opening their doors to more qualified low-income students for whom access and success in college can pave the way toward economic stability and upward mobility.”

Thomas L. Harnisch, director of state relations and policy analysis at the American Association of State Colleges and Universities, or AASCU, said the report is “timely and warrants further conversation.”

“Elite universities, fueled by generous taxpayer subsidies, should be committed to advancing equality, not perpetuating inequality.”

Michael Dannenberg, director of strategic initiatives for policy at Education Reform Now, said the paper “confirms that there are tens of thousands of smart working-class and poor kids being shut out of America’s best colleges.”

“The student quality pool excuse for top-flight colleges not enrolling more students from low-income families is a lie,” Dannenberg said. “The truth is many already extremely wealthy colleges would rather enroll middling rich kids than working-class and poor smarties.

“Why is it almost every rich, selective college has a formal legacy preference, but hardly any have a formal admissions preference for students from low-income families?” Dannenberg said. “In fact, less than 50 colleges nationwide offer admission without regard to income and guarantee grant and loan aid sufficient to meet financial need.”

Dannenberg said that perhaps the Access Success and Persistence In Reshaping Education Act — or the ASPIRE Act, which incentivizes colleges with low percentages of low-income students to enroll more such students or face a penalty — will “nudge the elite schools to open up their doors a little wider.”

David L. Warren, president of the National Association of Independent Colleges and Universities, or NAICU, said that, collectively, private, nonprofits educate about the same amount of Pell Grant recipients as do public institutions — 33 versus 34 percent, respectively.

“Among the thousands of not-for-profits that we represent, access is an important issue at all levels of our institutions, from the very wealthy to those that have the most modest of budgets, and I think we’re doing a pretty remarkable job of educating Pell-eligible students,” Warren said.

“As a point of fact, we’re pouring in about $32 billion in institutional aid,” Warren said. “Almost 67 percent of all the aid that comes from institutions, the state, the federal government, foundations is coming from the colleges themselves.

“I think that is important to note as well that half of the students in the private, not-for-profits come from households with incomes under $50,000,” Warren said. “And there’s a clear commitment to assist them at every step along the way.”

Washington University in St. Louis topped the list of privates that would have to enroll more Pell Grant students to reach the 20 percent threshold — as only 6.7 of its 7,336 students are Pell Grant recipients, according to the report.

While the selective institutions with the smallest percentage of Pell Grant recipients were private institutions, some of the colleges whose enrollment were made up of less than 20 percent Pell Grant students, such as the University of Virginia, were public institutions.

The report says that, among the nation’s most selective institutions, UVA would have to enroll the most students — 1,197 — to reach the 20 Percent threshold. UVA’s Pell enrollment is currently 12.6 percent. Efforts to receive comment from UVA and Washington University in St. Louis were not successful.

The Georgetown report acknowledges that there are certain “tradeoffs” to enrolling more Pell Grant recipients.

One is that the 20 percent threshold could make some colleges, especially selective ones, less racially and ethnically diverse.

Women Make Strides in MBA Classrooms, But Progress Remains Elusive in the Workplace