Too many teacher prep programs at the undergraduate level don’t demand enough of prospective high school teachers, particularly when it comes to teaching specific topics within the broad fields of science and social studies.

That is one of the key findings of a new report released Wednesday by the National Council on Teacher Quality, or NCTQ — a stalwart in the push to improve the quality and competency of America’s teachers. 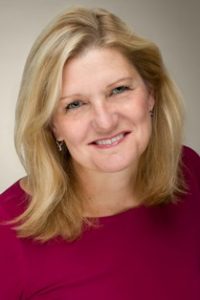 The report — which examines entrance requirements and other elements of some 700 or so undergraduate programs that prepare high school teachers — characterizes the situation as “distressing.” The report notes that only about three in five teacher prep programs — 57 percent, to be precise — “adequately cover the subject content that both science and social studies teachers will need to teach.”

“Programs are inconsistent in their attention to content,” the report states. “They often do well preparing science teachers but not as well preparing social studies teachers — or vice versa.”

The report seeks to rank teacher prep programs and found about 16 deserved the distinction of being a “top tier” program “because they have solid admission standards, provide sufficient preparation in each candidate’s intended subject area, and show them how best to teach that subject.”

However, one critic of the report cautions against making too much of its findings because the report fails to delineate what students actually experience at various teacher prep programs at colleges and universities throughout the nation.

“NCTQ continues to spend a tremendous amount of time and energy examining documents and policies related to teacher-preparation programs, and this work usually uncovers nuggets of interesting data,” said Benjamin Riley, executive director of Deans for Impact, an organization that is seeking to improve teacher prep in the United States.

“But there’s an important question this approach simply can’t answer, namely, what do teacher-candidates in these programs actually experience?” Riley said. “The report identifies 16 ‘top tier’ programs but says very little about what these programs are doing to prepare effective high school teachers.”

Efforts to reach some of the top-tier institutions, as well as some of the lower-ranked ones, were not successful.

Kate Walsh, president at NCTQ, conceded that her organization did not conduct site visits to the nation’s teacher prep programs to see what they are doing because it would be impractical.

“Our lens is not to comment on the quality of instruction,” Walsh said. “Our lens is to make sure teachers are getting the fundamentals of what they need.”

Walsh noted — as does the report — that too many states allow prospective science teachers, for instance, to bomb a test on one subject, say, chemistry, but to compensate by doing well on other subject tests, such as physics.

“This means that a teacher could do poorly in one or two subjects and still pass the test, provided a strong performance on other areas of the test knowledge compensate,” the NCTQ report states. “Only Missouri has adopted tests that genuinely evaluate the subject-matter knowledge of teachers intending to teach general science and those intending to teach general social studies.”

The report also takes aim at admission requirements and critiques programs based on whether they are diverse. Walsh said it was important to look at both selectivity and diversity in tandem because too many people believe those things cannot be achieved simultaneously.

“I think the most grossly insulting message is that to maintain diversity we have to keep our standards low,” Walsh said. “And that sends such a dangerous message to our minority youth in this country that the only way we can let you get into teaching is (that) we don’t have any standards, and that is a pervasive approach and one that causes me deep concern. I don’t think that’s acceptable.”

The report considers a given teacher prep program as “diverse” if it maintains or exceeds the level of diversity of the entire institution or the state’s teacher workforce. One flaw in that approach, however, is that some institutions may not be very diverse to begin with, or the number of students in a teacher prep program may be so low that it only takes one or two to skew the racial diversity percentage one way or the other.

In any event, the report found that half — or 88 — of the teacher prep programs that were deemed as the most selective were both selective and diverse.

The report states of the 57 percent of programs that earned an A or a B, nearly all of them earned those grades by virtue of being housed in institutions that are highly or moderately selective.

“Programs that are not housed in selective institutions need to take proactive steps to ensure that their teacher candidates are drawn from the top half of the college population,” the report states. “However, only 4 percent of all programs do so — earning an A or a B for taking actions such as admitting classes of teacher candidates with high standardized test scores or average GPAs or setting a high minimum GPA for admission.”