In an effort to improve academic achievement among African Americans, a Kentucky school board has approved the creation of an academy tailored to Black male students in Louisville.

The Jefferson County board voted 6-1 to create the Academy that will be housed in the county. Jefferson County is the largest district within the state and has around 100,000 students of which roughly 17,500 are African American, according to the U.S. Census. 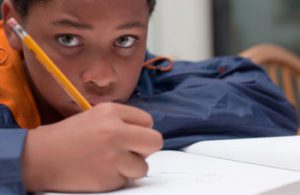 The program will be modeled after the Carter G. Woodson Academy, located in nearby Lexington. Utilizing an Afrocentric curriculum to educate students about African American history and culture, Woodson Academy launched in 2012 at Crawford Middle School and offered students a curriculum that also involved culturally responsive teaching and learning tactics. Woodson had its first graduates in spring of 2016 with a total of 15 seniors.

The proposal for the Jefferson County “males of color” academy began with school administrators and community leaders wanting to create a similar academy to Woodson, which they say will address the historic and persistent achievement gap.

“The academy is part of a larger strategy to address the achievement gap, to increase student achievement and engagement,” said Dr. Marty Pollio, acting superintendent for the Jefferson County Public Schools.

The program, which will be called the W.E.B. Du Bois Academy, is scheduled to be located within one of the county’s elementary schools and will enroll 150 sixth grade males during the 2018-2019 school year.

The district will spend about $5.8 million to run the academy for its first three years. Depending on the outcomes over the course of the first couple of years, the academy may expand the number of students allowed in the school.

School officials say that the academy is open to students regardless of ethnic background. However, the approval has sparked a conversation over whether separate learning environments for students is necessary.

“I understand the viewpoint of seeing this as a step backwards because it is considered more of an African American school or males of color school, but its males of color, not males of a color,” school board member Chris Brady  said in a phone interview with Diverse. “Because this is open to everyone and will be a program within a school … they’ll be part of a bigger school. It gave me comfort to know that those students wouldn’t be just by themselves.”

Dr. Lisa Willner, another school board member, said that historically, segregation has contributed to members of a privileged class denying access to members of marginalized groups of people.

“The males of color academy is not a call for re-segregation, but for increasing choice and opportunities for historically marginalized groups of male students,” Willner said in an email to Diverse.

School board member Linda Duncan said she voted in favor of the initiative, but added that  “it was kind of an odd situation because a vote in favor of an all males of color academy is really a vote against the diversity plan that we have supported for the past 42 years,” she said. “But the problem with that is, we’re going to be facing a neighborhood schools bill again coming from the legislature that will look at us and say how can you support a non-diverse school or non-diverse program and continue to use diversity as the basis for student climate in your system?”

Duncan added: “Either diversity works or it doesn’t work, and what we’ve seen from our African American students, which helped inform me in terms of which position to take over the past 42 years we were trying to educate everybody together, they have a 30 point gap with our White students and they have 29 percent of them proficient or distinguished,” she said.  “That’s not very much progress under diversity.”

School officials say that community reaction to this initiative has been mostly positive, “as indicated by the more than 20 speakers who attended our school board meeting and spoke in favor of creating the academy,” said Pollio.

The initiative still is in the early stages of development. Board members are currently determining what school to put the academy in, how students can apply and what qualifications are needed. They are also planning to hire a school principal.

“We have to choose somebody who will be effective and overseeing this program successfully and someone that will allow the Afrocentric curriculum to be developed and implemented and allow teachers to be trained and work effectively with males of color,” said Duncan. “It’s crucial that we get the right person in this program in order to make sure that it works for all students.”

Monica Levitan can be reached at mlevitan@diverseeducation.com

The Fabric of a Black Woman President