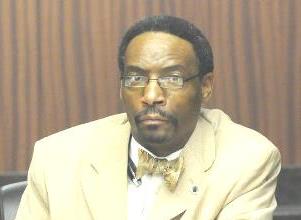 Marvin Wiggins claims Gov. Robert Bentley and Alabama State University of violating rules which ensure trustee removal is handled fairly and guard against outside, political influence of a board.

MONTGOMERY, Ala. ― An ousted trustee at Alabama State University complained to an accreditation agency that his removal by Gov. Robert Bentley violated the organization’s standards.

The Montgomery Advertiser reported Tuesday that Marvin Wiggins had reported his own removal from the board to the Southern Association of Colleges and Schools.

Bentley removed Wiggins as an Alabama State trustee citing a summer camp operated by Wiggins’ wife on the campus, but Wiggins said Bentley’s influence over the trustees and the lack of a due-process hearing violate standards of the accreditation organization.

Wiggins accused Bentley and Alabama State of violating rules which ensure trustee removal is handled fairly and guard against outside, political influence of a board.

A spokeswoman for the accreditation agency, Pamela Cravey, declined comment on whether the association had received Wiggins’ complaints.

“We will check to see if a violation possibly occurred,” Cravey said. “We might request more information from the university, if necessary. But we will look at it as long as there is a specific statute tied to the allegations.”

Bentley and Wiggins have been at odds over a review raising questions about the school’s finances.

Bentley’s office has said state law gives the governor the power to remove trustees from the Alabama State board. A spokeswoman with the accrediting agency declined comment on Wiggins’ complaint but said the organization generally views state laws as mattering more than university policies.

Alabama State has been in turmoil since late 2012, when Joseph Silver resigned as president after questioning some financial practices at the university.

Some longtime campus leaders now oppose Silver’s successor, Gwendolyn Boyd, but other groups including the university’s national alumni association have rallied to her defense.