A new study reveals that nearly 65 percent of students enrolling in a community college within six years of graduation from high school in the state of Oregon will take at least one non-credit, developmental education class. Remedial classes tack on extra time and expense to community college degrees and certificates. The study was conducted by REL Northwest and published by the Institute of Education Sciences. 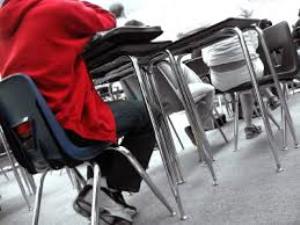 She estimated that they make up only about 10 percent of the total community college population in Oregon.

The study also looked at which life circumstances and what types of educational preparation were predictive of whether students would need to take a developmental education class. Race and socioeconomic factors were less significant for student outcomes than other factors, according to the study. Hodara said that high school performance, including student performance on state assessment exams and whether or not they took dual-credit courses in certain subjects was a better indicator of how students would fare in college.

As most other studies have found, the longer the remedial sequence before students can start taking a credit-bearing class, the likelier it is that students will drop out before they ever make it to their first college-level, credit-bearing class. In Oregon, the study found that two-thirds of the students who started at the highest level of developmental reading passed entry-level college English, compared to less than 40 percent of the students who started at the lowest level.

The Oregon Legislature established the “40-40-20” plan in 2011, which sets certain academic goals for young adults in the state. By 2025, the Legislature would like 80 percent of the young Oregonians to have a postsecondary degree, and the remaining 20 percent to have a high school diploma. According to the Oregon Learns website, today 29 percent of young adults in Oregon have a BA or more, and 18 percent have an associate degree or certificate. Issues with remedial education can reasonably be expected to be on of the many factors that may impact Oregon’s ability to achieve that goal.

“It does pose a challenge because if you start college in developmental education courses, and the lower you start in the sequence, the less likely your chances are of completing a degree program,” Hodara said. “You want students to start college as prepared as possible.”