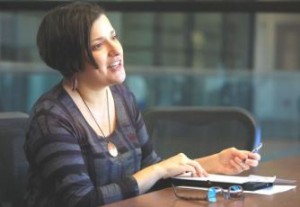 Dr. Sara Goldrick-Rab says that, without tenure protection, “I will be let go so fast and so many people in upper administration will be applauding because I challenge their systems every day.”

Members of the Wisconsin legislature’s Joint Finance Committee voted last week on a bill that, if it passes the legislature, would cut $250 million from the state’s higher ed budget ($50 million short of Wisconsin Governor Scott Walker’s request), eliminate tenure protections as a state statute and limit faculty participation in a highly-valued shared governance system at the state’s public universities.

Many at the state’s flagship institution have been very vocal in their opposition to this bill.

The shared governance structure and tenure protection—“those are two hallmarks of Wisconsin,” said Dr. Jerlando F. Jackson, Vilas Distinguished Professor of Higher Education at the University of Wisconsin-Madison and director of Wisconsin’s Equity & Inclusion Laboratory within the Wisconsin Center for Education and Research. “Those two things make this one of the best places to be a faculty member: the shared governance protection and having a state-supported tenure structure—those are very powerful.”

“There are a number of scholars that elect to take a lot less [money] … because they value those opportunities and protections provided to us here,” Jackson said. “And, whether those individuals will continue to see WIsconsin as the safehaven it has been for professors, I imagine that it’s going to be … increasingly leaning toward possibly seeing other places as equally or more desirable.”

Dr. Sara Goldrick-Rab, a professor of Educational Policy Studies and Sociology at the University of Wisconsin–Madison, is among those who have been very vocal about intending to leave the university if the bill passes the full legislature and tenure protection is no longer guaranteed by state law.

“We have a very robust tenure system. … It is not easy to get tenure at Madison. I don’t just mean you have to do a lot of work,” she said, adding that the review process is more stringent and not centralized within the department or even the school, as is the case at many institutions. “And so for those of us that have it, we earned it, and it was a hell of a lot of work.”

Goldrick-Rab points out that, as it is, tenure at UW Madison does not come with the privileges many think accompany the status.

“I have not even enjoyed any raises. We don’t have any money. Those of us that have stayed in this crazy state with all of this political stuff and really low wages, considerably, have stayed because it was different and our voices mattered,” continued Goldrick-Rab. “And they’re taking that away.”

“I never wanted to leave. I have so many good reasons to stay. But I can’t stay where I can’t speak. And believe me, I cannot speak without tenure,” she said. “I will be let go so fast and so many people in upper administration will be applauding because I challenge their systems every day.”

Goldrick-Rab is not the only professor considering leaving the university if the changes are enacted.

“Some of the first words I wrote to a close colleague when I heard about this decision: ‘I’m intensely loyal. I don’t abandon ship, but I looked around today and just saw water—no ship,’” said Dr. Jesse Stommel, an assistant professor in the department of liberal arts and applied studies.

“The current threats to tenure … change the institutional climate—making it even harder for new scholars and teachers to receive the support they need to go out on a limb with their own work,” said Stommel.

“The erosion of tenure makes University of Wisconsin a less desirable place to work and learn,” he said. “Work in higher education, and in education more generally, depends upon the ability to have critical conversations. In our work as teachers and scholars, we must leave no stone unturned, and suddenly there are snakes under some of the stones. And, in order to do our work, some of us now have to put our jobs at risk.”

UW Chancellor Dr. Becky Blank was not available for comment but issued a statement late Tuesday on the concerns raised by faculty.

“In the wake of the Joint Committee on Finance’s omnibus motion on the UW System budget, I have heard legitimate questions and concerns coming from all segments of our campus community about the proposed changes to tenure,” she said. “Tenure allows faculty the freedom of inquiry, to teach and examine ideas and topics without fear of reprisal.”

“If tenure is not in statute, it must be in Board of Regents policy with a clear and transparent set of policies governing it,” added Blank. “I pledge to do everything in my power as chancellor to develop a set of campus policies and procedures to guide the ways in which this proposed statute is used. Removal of tenure should always be a last-case option.”

Goldrick-Rab is outraged by what she calls “professional malfeasance” of Blank to miss the Board of Regents meeting scheduled for June 4 and miss an opportunity to advocate for her faculty.

“I cannot believe that anyone would do that to their employees. There is a Board of Regents meeting that has been on the books for a year. And during the time of a budget discussion under Scott Walker, I mean you have to be there.”

Blank’s statement indicated she believes “these provisions are highly unlikely to be removed from the 2015-2017 biennial budget,” but Jackson said that just the discussion could have damaging effects on the university’s ability to recruit and retain top talent.

“While nothing is done yet, I do think that enough of this dialog … it’s going to create a lot of pressure on existing leadership,” said Jackson. “I think it’s going to create some pressure that we’re not even thinking about. We’re thinking primarily about the impact that it could have on faculty and certain staff, but I think about the impact that it could potentially have on retaining top-level administrators.”

Savvy competitive institutions might see the instability and uncertainty as an opportunity to poach talent from the university, he said.

“Tenure could be seen as a red herring in this situation. Some institutions and some countries don’t have tenure,” noted Stommel. “This is a clear attack, though, on the values that underlie tenure at the University of Wisconsin: job security, academic freedom, shared governance, and the Wisconsin Idea.”

Goldrick-Rab said the discussion sets a dangerous precedent for the rest of the higher education community.

“If this could happen at Wisconsin, this could happen anywhere,” she said. “We’re on the cover of the textbook of higher ed policy on these issues. We have been the vanguard, and that’s one of the reasons I was so proud—it’s the only job I’ve ever wanted, it’s the only job I’ve ever had, and I’ve stayed there for 11 years and I just cannot believe the institution would change like this.”

Dr. Ray Cross, president of the University of Wisconsin System, was also unavailable for comment.