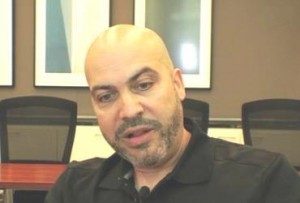 Armando Bengochea, director of the MMUF at The Andrew W. Mellon Foundation, says numbers don’t tell the complete story of the effectiveness of the fellowship program.

When it comes to increasing the number of underrepresented minority students who complete their Ph.D.s, the Mellon Mays Undergraduate Fellowship program—a longstanding initiative meant to diversify faculty at America’s colleges and universities—has “no significant effect,” a team of researchers concluded in a paper released Monday.

In a paper titled An Evaluation of the Mellon Mays Undergraduate Fellowship’s Effect on Ph.D. Production at Non-UNCF Institutions—the researchers say they found “no evidence that participation in the program causes a statistically significant increase in the Ph.D. production rate of (underrepresented minority) students” and that the participants likely would have pursued a Ph.D. with or without the program.

The paper was written by four researchers at the Cornell Higher Education Research Institute, also know as CHERI.

However, the director of the MMUF program said the paper’s conclusion “stands in sharp contrast to regularly gathered student testimony and annual reporting from the leaders of the 46 participating MMUF institutions that the majority of their undergraduate fellows first thought of pursuing an academic career only when prodded by outreach from the program.”

“Other national researchers confirm that many students of color, first generation students and others are not exposed to knowledge about academic careers except in the context of structured outreach efforts of this sort,” said Armando Bengochea, director of the MMUF at The Andrew W. Mellon Foundation.

“As the CHERI study acknowledges, its particular research question cannot account for the many value-added aspects of participating in MMUF, which position fellows to become highly professionalized and intellectually nimble undergraduate and graduate students,” he said.

Bengochea noted that 65 percent of fellows pursue graduate degrees, and 33 percent pursue a Ph.D. He said 204 have gone on to become tenure track faculty members, and 106 are tenured professors.

A graduate of the program who went on to become a coordinator of the Mellon Mays Undergraduate Fellowship program at an Ivy League school also says the program should not be looked at strictly in terms of its raw numbers.

“The problem of underrepresentation of faculty of color in higher education is so dire that a program like the Mellon Mays shouldn’t be looked at to kind of ‘solve the problem’ and achieve parity,” said Besenia Rodriguez, Associate Dean of the College for Curriculum at Brown University, where she also serves as coordinator of the university’s Mellon Mays Undergraduate Fellowship program.

“I don’t think that’s the goal of the program,” Rodriguez said, clarifying that she was speaking only in her capacity as a MMUF coordinator at Brown—where she first became a participant of MMUF—and not on behalf of The Andrew W. Mellon Foundation, which launched the program in 1988.

“The goal of the program is to work intensively, and over a long period of time, with a smaller group of people to provide those people with as many resources as possible to not just get them through the research experience like many programs, but actually all the way into their careers, to tenure,” she said of the program, which provides mentoring, stipends and up to $10,000 in loan forgiveness, among other things.

“So it’s a much deeper, longer-term goal than maybe other similar programs that pick up the question of faculty diversity,” Rodriguez said. “I think it has to be evaluated with that distinction in mind that it really is about a pipeline, not just making a short-term splash impact but really making a deep impact.”

The researchers note how, as of 2014, more than 4,000 students have participated in the program—which began as the Mellon Minority Undergraduate Fellowship Program—with 506 having earned Ph.D.s and another 665 Ph.D.s are in progress—a figure that Bengochea updated as being at 698.

“This suggests an extremely high rate of Ph.D. completion by MMUF scholars,” the authors wrote. “A back of the envelope estimate suggests that about a quarter of MMUF students will eventually complete a Ph.D., compared with around four percent of underrepresented minority students graduating from MMUF institutions in years their school was not participating in the program.”

However, the authors argue that the fellows “presumably apply to the program because of their own interest and are selected based on their potential as scholars,” so the high rate of Ph.D. completion cannot be attributed solely to the program.

“Indeed, in a 2007 survey, 67 percent of current and former fellows responded that they would have or might have aspired to earn a Ph.D. absent the program,” they wrote. “The MMUF may still help students turn these goals into reality, and inspire those who would not have otherwise considered an academic career to explore one, but fellows are probably quite different from other students in their underlying propensity to complete a Ph.D.”

Rodriguez said she never would have aspired to work in academe were it not for MMUF, which she heard about from peers.

“On the one hand, there are probably students who would have gone on and gotten a Ph.D. anyway. That’s a fair prediction to make,” Rodriguez said. But she noted that the average time to degree among Mellon fellows is shorter than the national average.

“To me, that points to questions of, yes, maybe they would have earned a Ph.D. anyway, but would they have finished in the same way? Would they have the same resources? Would it have taken them as long? Would they have incurred as much debt? What’s their outlook on the job market?”

Bengochea, of the Mellon Foundation, said the MMUF’s socialization of fellows to the academy is “likely to be responsible for the excellent time to degree for MMUF Ph.D.-completers.”

“In our 2014 study we found that Fellows who go forward into Ph.D. programs complete their degrees on average in 6.6 years,” Bengochea said. “We regard this to be an extraordinary result relative to national completion averages in the humanities and humanistic social sciences. The training MMUF affords similarly helps to account for the great job placement record for MMUF Fellows even during the difficult job market of recent years.”

The authors of the paper conclude that their research has limitations—including information about actual time to degree among MMUF students—and that their findings do not necessarily mean that the MMUF is not playing an important role.

“If the program selects the brightest and most motivated students it may benefit those who would have already been likely to attend graduate school and earn Ph.D.s even in its absence,” they wrote. “This would not necessarily mean that the MMUF is unimportant—the program could increase the quality of the institutions fellows attend for their doctoral studies, improve dissertations produced or job skills gained, speed completion, or improve the financial position of graduates.

“Any of these effects could increase the number of URM [under-represented minority] students entering academia, in addition to being beneficial to fellows, but we are not able to capture them in our data.”

The researchers maintain that their study has implications for program design of not just MMUF but similar programs with similar goals.

“If a program aims to maximize its impact on the number of students achieving any particular benchmark it is important not only to design the program to benefit its recipients but also to select those recipients on the margin of the desired outcome,” they wrote.

Amherst College to Use Mellon Grant to Develop Diverse Faculty