Students Not Prepared for Careers in Computer Science - Higher Education

Students Not Prepared for Careers in Computer Science 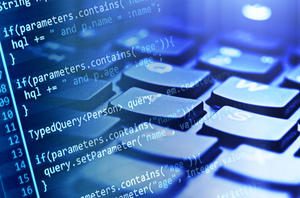 Despite the growing number of jobs that rely on computer science, significant portions of U.S. students never get to take a computer science class at the K-12 level because their schools don’t offer them.

That is one of the key findings of a new Gallup report that found that lack of access to computer science classes was particularly pronounced among low-income students and students of color.

“Many students do not have access to computer science learning opportunities at school, with lower-income students and Black students having the least access,” states the report, titled “Searching for Computer Science: Access and Barriers in U.S. K-12 Education.”

Specialists say the lack of computer science classes in America’s schools has repercussions in areas that range from job market participation to national security. It also lessens the likelihood that students will study computer science in college.

“Basically, we have unequal opportunities for students of color to be well-prepared for the increasing number of jobs that require computer science backgrounds,” said Julie Flapan, executive director of the Alliance for California Computing Education for Students and Schools, or ACCESS, a UCLA-based initiative meant to bring about greater equity in computer science.

“They also won’t have adequate preparation should they choose to pursue computer science in college,” Flapan said.

The Gallup report found that Black and Hispanic students were less likely than White students to be able to take computer science classes at school.

When it comes to computer science being taught as part of a different class, 54 percent of White students reported access to such a class, as opposed to just 46 percent of Black students and 52 percent of Hispanic students.

Part of the problem, according to the Gallup report, is that school administrators do not believe there is a demand for computer science education among parents and students.

“This perceived lack of demand from parents and students is contrary to the sentiments that students and parents in this study express,” the report states.

One upshot of the report is that school administrators report that computer science course offerings have increased in recent years and will continue to do so.

Specifically, 49 percent of principals indicated that they expected the number of opportunities to learn computer science to increase in the next three years.

“Regardless of whether students choose to pursue college or a career in the tech industry, the skills that students learn in computer science are essential foundational skills, like critical thinking, problem solving, computational thinking,” Flapan said. “These are all essential skills for all students, regardless of what career they later choose.”

“We don’t have enough people in the U.S. who are studying computer science and the technical fields,” McMullen said. “It’s a matter of national security.

“The reason why China is hacking us every other day is because we don’t have enough people studying computer science to build the infrastructure we need to ward off those kinds of things,” she said. “In the future we’re leaving ourselves wide open.”

McMullen, who a few years ago became the first African-American woman to earn a Ph.D. in computer science from the University of Michigan, said research suggests more minority students will study computer science in college if they get earlier exposure to it in the K-12 system.

“If a child doesn’t know what are the options for them, it won’t even be something on their mind when they go to school,” McMullen said. “If you never see it, how can you be interested in it?”