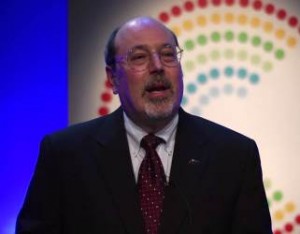 J. Noah Brown, CEO and President of the ACCT, says one of the factors is that the “typical community college student is not an 18-year-old university student able to attend class full time and persist largely unaffected by life’s challenges.”

When we think about the type of person who is most likely to default on their student loan debt, the most likely suspects would be the ones who are more than $100,000 in debt. The stereotype would be the law school graduate with no job prospects, or the student who majored in the arts at an expensive private four-year college.

A new report from the Association of Community College Trustees (ACCT) shows another face of loan default. The report, which took an in-depth look at the loan default rates of students attending Iowa’s 16 community colleges, revealed some surprising insights about why students default.

“Our schools are open-access institutions,” J. Noah Brown, CEO and president of the ACCT, said at a briefing on Monday. “The typical community college student is not an 18-year-old university student able to attend class full time and persist largely unaffected by life’s challenges.”

When the report’s authors compared all of Iowa’s community colleges, one school distinguished itself from the rest, Campbell said. All of the schools had a student default rate of over 20 percent, with the exception of Northwest Iowa Community College (NICC).

“Every institution in Iowa has a default rate of over 20 percent except for one,” Campbell said. “What we hear from that institution is that they have some additional resources for one-on-one counseling. At NICC, the default rate is 11 percent.”

The report concluded that institutions must provide loan counseling to students, but understand that counseling is not enough. Institutions should focus their efforts on ensuring that students complete college or transfer successfully to another school.