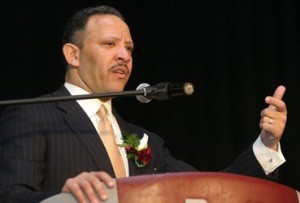 The National Urban League and USA Funds collaborated to hold a two-day Higher Education Summit in Washington, D.C., coinciding with Gallup’s release of a new survey of minority college graduates.

Gallup interviewed nearly 60,000 college graduates who obtained a bachelor’s degree between 1940 and 2015, with the goal of determining graduates’ “well-being index.” The index was based on five elements: purpose, social, financial, community and physical well-being. Only 10 percent of all graduates were found to be “thriving” in all five areas, as opposed to “struggling” or “suffering.”

One of the survey’s noteworthy findings centered on the experiences of graduates of historically Black colleges and universities (HBCUs). The survey found that HBCUs offered Black graduates a better college experience than Black graduates at predominantly White institutions (PWIs) in terms to the metrics Gallup chose to evaluate.

“[The Gallup survey] reaffirms and makes a strong case for the value, the viability and the need for continued investment in historically Black colleges and universities,” said Marc Morial, president of the National Urban League.

“The fact that [Gallup has] documented … the value proposition of historically Black universities is good news, but it’s also good news that Black students have choices,” Morial said. “[Black students] have HBCUs, which we need to maintain and make stronger, but they also have mainstream institutions that many attend, as well as community colleges.”

Black students have many more choices available to them in the postsecondary field than they did prior to the civil rights era. The graduation rates at HBCUs reflect this societal shift. Between 2010 and 2011, HBCUs awarded 16 percent of Black graduates’ bachelor’s degrees, compared to their 35 percent graduation rate between 1976 and 1977.

When Blackness is on Full Display