If you want to get underneath the skin of White nationalists, check out how they react when genetic ancestry tests reveal the “bad news” that they are not 100 percent European.

That’s what a University of California, Los Angeles geneticist did for a project that culminated in a presentation of a paper in Montreal this week at the annual gathering of the American Sociological Association. 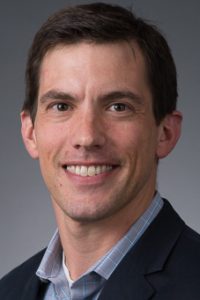 The paper found that genetic ancestry testing — or GAT — “troubles the boundaries and membership of white nationalism.” The paper is based on an examination of thousands of posts on Stormfront —  a White nationalist online message board launched by former Ku Klux Klan Grand Wizard Don Black, a protégé of former KKK leader David Duke.

“But bad news posts are another story,” states the paper by Dr. Aaron Panofsky, associate professor in the UCLA Institute for Society and Genetics, Public Policy, and Sociology, and Joan Donovan, who was a postdoc research fellow at the institute at the time. The “bad news” posts involved genetic testing results that turned up evidence of non-European DNA or otherwise questionable ancestry.

That matters to Stormfront users because the website states that members must be of “wholly European descent to be white.” In order to grasp the reach of Stormfront, consider the fact that the website logged over 17 million page views from October through December 2016 — the months before and after the election of Donald J. Trump as the President of the United States.

Panofsky said what he found most surprising is that White nationalists “spend a heck of a lot of time ‘repairing’ bad news.”

“Sometimes they will try to kick someone out or write a disparaging message to a person who posts ‘bad news,’ and sometimes it’s very harsh: kill yourself. Drink a cup of cyanide. Whatever you do don’t have kids and pollute the White race,” Panofsky said in an interview with Diverse.

But far more common, Panofsky said, is how white nationalists will come up with a whole range of responses to help recipients of “bad news” reinterpret their problematic results — often through narratives of conquest or “colonizing logics.”

For instance, when one Stormfront poster revealed a small portion of “Senegal” ancestry, according to Panofsky’s paper, another poster responded: See, THIS is why I don’t recommend these tests to people. Did they bother to tell you that there were Whites in what is now Senegal all that time ago? No? So they led you to believe that you’re mixed even though in all probability, you are simply related to some White fool who left some of his DNA with the locals in what is now Senegal.

The paper shows white nationalists also harbor deep distrust of genetic testing companies — such as 23 and Me — with some nursing conspiracy theories that hold the companies are part of a Jewish plot to kill Whites.

For instance, one Stormfront poster wrote: “I would be interested in taking a DNA test to explore my ancestry, but one thing prevents me. That is the fact that 23 and Me is Jewish controlled and it would not be surprising if all the others are too… it IS possible to develop synthetic diseased (sic) that will kill only whites with a 100 percent death rate…. I think 23 and Me might be a covert operation to get DNA the Jews could then use to create bio-weapons for use against us.”

Panofsky says such viewpoints show that white nationalists need to be engaged in more intellectual ways instead of being dismissed outright as ignorant or anti-scientific.

“It’s not about showing respect to their politics, but I think we need to understand that they’re often very sophisticated,” Panofsky said. “We need to be sophisticated in our response and not dismissive of them intellectually.”

Panofsky said his paper — titled “When Genetics Challenges a Racist’s Identity: Genetic Ancestry Testing among White Nationalists” — is unpublished and is currently being peer-reviewed. Nevertheless, the paper comes at a time when the nation is engulfed in a critical discussion about white nationalism, identity politics and the role that those things played in the ascendancy of Donald J. Trump to the presidency of the United States.

Such issues have been thrust into the forefront in the aftermath of the death of Heather Heyer, 32, who was killed Saturday when a car plowed into a crowd of counter-protesters at a white nationalist rally in Charlottesville, Va. Nineteen others were also injured in the incident.

James Fields, 20, has been charged with second-degree murder in connection with the case.

A firestorm of controversy ignited after Trump initially failed to condemn white nationalists, white supremacists and KKK members by name for creating the atmosphere that led to the tragic incident.

By the time President Trump — with his eyes “glued” to a Teleprompter, according to one White House reporter — finally condemned those groups by name Monday, many felt the condemnation was too little, too late, and that Trump had squandered his one and only opportunity to demonstrate leadership in order to pander to his political base.

Panofsky’s paper touches on a range of issues that include white nationalism’s “increasingly prominent role in American political and social life with the vocal association they’ve had with Donald Trump’s presidency.”

“White nationalism is thus theoretically important in understanding GAT (genetic ancestry testing) in the ontological choreography of race and this is multiplied by its growing demographic and political importance as well,” the paper states.

The paper reveals that genetic ancestry testing is also fomenting internal discussions among White nationalists about how White is White enough. For instance, some of them are beginning to question the practicality of the “wholly European descent” rule for Stormfront members since “some tiny degree of admixture is going to show up in a massive number of individuals of European descent.”

“That rule will have to be updated in the face of genetic testing,” one Stormfront poster wrote. “A new standard will have to be set based on modern technology. Strict adherence will result in very few individuals qualifying for Stormfront.”

“Experts’ ideas are highly available for misappropriation. White nationalist misappropriators—much less marginal as a group than even one year ago—are not ignorant, yet they are suspicious of expertise,” the paper states. “Challenging racists’ public understanding of science is not simply a matter of more education or nuance, but may require scientists to rethink their research paradigms and reflexively interrogate their own knowledge production.”