The challenges that confront law enforcement these days are great and heading toward a crisis.

There is rising social and political conflict over the role of local police in immigration enforcement, where families that had long thought their presence in this country was not an issue find themselves being torn apart by deportations. 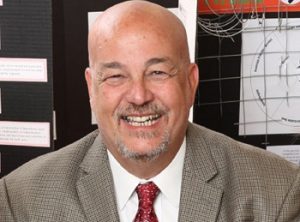 There is the continuing problem of disproportionate police violence towards communities of color, especially African-American men. The names of Eric Garner, Philando Castile, and Alton Sterling, among several others, evoke the problem of continuing discrimination and crisis.

None of this is helped when the President of the United States has to be publicly rebuked by law enforcement leaders across the country when he suggests that police officers should not be “too nice” to suspects in custody.

Just this past weekend, the confrontations and violence in Charlottesville revealed how difficult it is becoming to deal with the rising assertiveness of White supremacy and belief by some on the far right that public provocation and violence are the solution to what they see as racial long-standing racial problems. Three people — Heather Heyer, H. Jay Cullen, and Berke Bates — died in connection with those events. Taken together, these developments point to a need for a significant reconsideration of criminal justice education that includes not only basic career preparation but also a more sophisticated understanding of the interactions between law enforcement officers and the communities they serve.

As many people have argued, when what is needed is common understanding and civility, we are instead facing people choosing battle lines and unflinching positions, preparing for a fight even if one is not in the offing. Moreover, rising concerns about security and safety, whether in the context of international conflicts with North Korea, Iran, and Syria or heightened awareness of terrorist attacks in France, Great Britain or the United States itself, permeate our news feeds and often our everyday conversations. Fears about terrorism, political violence, police killings, and immigration enforcement — all wrapped up in fears about those who have different racial, ethnic or national identities — have to be directly and boldly addressed and solutions have to be worked out.

In university education, given these constant and growing concerns, there is a need for programs that broaden the scope of the traditional criminal justice degree to include the issues of racism and discrimination, the demands for both public and private safety, and the connections between domestic and international security. There is a need for programs with an emphasis on more than enforcement, to include studies of early intervention, improvements in community relations, and analysis of complex social systems.

There is a need for programs that study the entire criminal justice process, from the standpoint of the family, the community, and the city, and the impact on these entities by the entire process from arrest and prosecution, through the correctional system and on to reintegration efforts. There is a need for programs that address the expansive nature of public safety, creating a conversation among academicians, practitioners, and community members that will seek to help transform local communities by using ethical frameworks to solve these complicated problems.

This is what we are putting together at Woodbury University. The program in public safety administration is practicing a transdisciplinary approach to criminal justice, one that involves not only faculty who are in the field (police officers, correction officers, and rehabilitation experts), but also those who engage law enforcement and its systems on a regular basis (attorneys, activists, and community leaders). Through using such techniques as service learning and civic engagement, students will have learning experiences that will lead them to better understand the specific issues and needs of their own communities.

The program works with community partners to create service projects, part-time jobs, internships, and full-time opportunities that build on classroom learning, while understanding that real-world engagement makes students stronger candidates for the workforce as well as graduate and professional school. Woodbury students, on average, choose to stay within their local communities after graduation. Providing early opportunities that address local needs, while developing students’ academic skills, sense of civic responsibility, and commitment to the community, is critical.

A Look Inside a Successful Charter School Culture