The advent of social media has been a boon to academics, especially those seeking to share their ideas with a wider, non-academic audience. Academics have long fought against the stereotype of the “ivory tower,” the place on a summit where a cushy academic observes the real world from above and pontificates about goings on among the people. Social media offers academics, and particularly academics of color, a means to share their ideas immediately and directly to the people for and about whom they theorize. 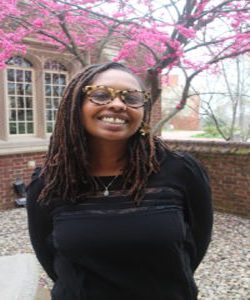 Unfortunately, the beast that is social media also puts these academics at risk of harassment. When these academics of color share their ideas with the masses on social media platforms such as Facebook, Twitter and Instagram, they also open themselves up to being digitally attacked by those who take issue with their views. And while this is a risk that all academics who choose to engage in these forums face, the psychological and professional consequences can be particularly consequential for academics of color, especially those whose work engages issues of race and gender.

Take for example, Saida Grundy. In May 2015, Grundy, a newly hired assistant professor of Sociology and African American Studies at Boston University, became the subject of academic controversy when Fox News, taking its cue from a conservative blog written by college students, reported on tweets Grundy wrote to critique anti-Black racism and White supremacy. Though the tweets in question were written prior to Grundy’s hire and on her personal twitter account, some Boston University students and alumni responded by calling for the university to fire Grundy. Ultimately, the university did not succumb to the pressure, but since the controversy, internet websites have continued their attempts to defame and discredit her and her work.

Even more recently, John Eric Williams, associate professor of Sociology at Trinity College, met with criticism and calls for his removal after he shared a link to a critical essay about White supremacy in response to the shooting of Steve Scalise via Facebook. When word of Williams’ Facebook posts hit conservative media, Williams and his family became subject not only to social media harassment, but also to death threats. The situation became so explosive that Williams had to leave the state and the campus was temporarily forced to close.

The list of scholars of color who face such harassment both because of and by means of social media is long and growing. While we might expect relatively well-known public intellectuals of color to receive bigoted criticism of their work, many other academics of color who are less in the public eye also experience the cost of sharing their views and scholarship on social media.

In January, the American Association of University Professors (AAUP) released a statement concerning the “Targeted Online Harassment of Faculty.” In it, the organization alludes to the heightened level of harassment many scholars might experience due to heightened racial tensions stemming from the 2016 election and subsequent political climate. Describing the threat of harassment as an issue of issue of free speech and academic freedom, the statement asserts, “Governing boards of colleges and universities have a responsibility to defend academic freedom and institutional autonomy, including to protect institutions from undue public interference, by resisting calls for the dismissal of faculty members and by condemning their targeted harassment and intimidation.” In so doing, the AAUP calls for colleges and universities to take a stand in protecting their faculty members from the consequences of the social media age.

While other such professional organizations have also issued statements of support for faculty members facing online harassment, as the examples above illustrate, the threat to academics of color deserves special attention. Given that many academics of color both work and teach about issues of race (alongside such intersecting topics as gender, sexuality, class, and ability, to name a few), their areas of expertise often coincide with the issues about which they share on social media. Indeed, engaging in social media serves several distinct purposes for academics of color. It can serve as a life force for their scholarship, allowing them to maintain connection with the very communities from which their scholarship derives its critical force. For many, social media also serves as a much-needed form of “self-care,” allowing them to stay abreast of pop cultural trends that can provide humor and levity to work that is often exhausting and taxing.

As being a scholar means that one has expertise in thinking critically and ease with critical discourse, engaging in social media also enables many academics of color to elevate the level of dialogue around issues that directly affect people’s lives and provide language for collective and individual experiences of oppression. Beyond this larger purpose, those academics of color who frequent social media also benefit from developing community with scholars like themselves who can serve the function of questioning, challenging, and enhancing their intellectual projects.

While there has always been risk associated with speaking truth to power, the pervasive ubiquity of social media enhances that risk for academics who are already vulnerable and whose voices are underrepresented in the academy. Conservative, alt-right, and racist blogs and websites that seek out the social media accounts of scholars of color require us to push the conversation beyond academic freedom and free speech.

Unfortunately, the chances that social media harassment targeting academics of color will lessen appear to be low. While social media platforms like Facebook, Twitter and Instagram continue to update their harassment policies to better enable those who are harassed to report and block individual perpetrators, the effects of being an academic of color who engages in social media remain substantial. Scholars of color must weigh the benefits and drawbacks of participating in social media forums, given the potential consequences of doing so. It behooves universities and colleges that employ academics of color to provide clear institutional support for their faculty, some of whose controversial comments and posts serve to illustrate that the influence and reach of a scholar of color sometimes necessarily extends beyond the limits of the ivory tower.

Dr. Qrescent Mali Mason is an assistant professor of Women and Gender Studies at Berea College.

When a Privileged Scholar Tries to Examine Privilege