Drs. Keeanga Yamahtta Taylor, Carl Hart and John Eric Williams are Black academics who recently spoke out against national and global White supremacy, capitalism, and homophobia, and received death threats and backlash for their comments. But, being persecuted by the media and society is only one of the repercussions Black Studies faculty experience when they speak out on social and political issues. Others include being terrorized by our own university administration, being sold out by other Black Studies faculty, and being targeted by students who don’t agree with the material taught in class.

In the eyes of the university, it’s one thing to critique racism and white supremacy in society; but, another to expose the racism on our own college campuses. 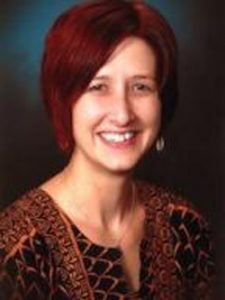 Although St. Clair Drake stated that Black Studies was forced to become depoliticized and deradicalized when it was institutionalized in the university,  Black Studies departments and programs are still where some of the most radical faculty and students can be found in academia today. Consequently, the faculty who teach in Black Studies consider themselves to be scholar/activists who consciously train their students to be intellectuals, agents of social change, and leaders in the community. Black Studies faculty also lead by example and are not the ones standing around waiting for change to happen; instead, we’re the ones actively fighting for change to occur.

Because most Black Studies departments exist at predominantly White institutions (PWIs), we operate behind enemy lines. In fact, many university administrators continue to embrace racism, White supremacy, White privilege, etc., exactly what Black Studies fights against. Of course, Black Studies faculty make public statements regarding the local, national, and international state of the world, especially highlighting its impact on African/Black people; but, Black Studies faculty also call out our own universities for their contributions to oppression. However, this automatically makes faculty in Black Studies enemies of the state and targets of the universities where they reside.

Honestly, administrators at PWIs merely tolerate Black Studies at their universities, and that’s only if we stay on the path they’ve prescribed for us. In fact, there was a White administrator I worked with previously who called himself/herself the overseer of our Black Studies Department.

Often, administrators wish they could eliminate Black Studies at their universities, and have even taken steps to do so despite provisions prohibiting it. Luckily, they can’t do it outright because it’s too obvious, and would expose their true feelings about African/Black people. Therefore, they do it in more covert way such as using academic terrorism.

In the Huffington Post, I defined academic terrorism to be “When Black Studies faculty are forced to think through every action for fear it’ll be used against them through disciplinary action, the denial of tenure/promotion, and/or termination. These acts are usually public to ensure that faculty know if they step outside the boundaries, they’ll also be persecuted. Eventually, this takes a toll because they’re operating in a state of terror every day.”

Daily acts of academic terrorism include: the refusal of tenure and promotion despite fulfilling the requirements; negative teaching evaluations and/or tenure and promotion letters; being subjected to unnecessary administrative bureaucracy; being subjected to constant disrespectful and unprofessional behavior; the persistent threat of being written up; refusing to award research funding; refusing requests for new technology and/or equipment; the denial of travel funding; refusing to reimburse travel expenses; refusing to speak to faculty; attempting to turn others against a professor; spreading rumors; changing a professor’s teaching schedule without their input; forcing faculty to teach large classes as a punishment; placing a chairperson in the department to purposely thwart the discipline; refusing to hire new faculty; etc. This is all done for faculty in Black Studies to resign, slowly dismantling the department, and eventually rendering the discipline nonexistent.

What’s mind blowing about academic terrorism is that most people would agree that racism, White supremacy, White privilege, etc., is wrong and should be eradicated because it’s anti-African and anti-human. But, when we try to eradicate these same ills from our universities, administration attacks you and labels you unprofessional and unruly. In fact, administrators will even flip the script and accuse you of being the problem just to shift the focus off them.

Ensuring that everything we do in Black Studies is in the best interest of the African/Black community, the department, the discipline, and the students inevitably puts us at odds with the university.

I was once called into an administrator’s office who threatened to write me up for being unprofessional and hard to work with because I pushed back on decisions made by the university that weren’t in the best interest of Black Studies. I was told I’m always looking for a fight because I protest everything. This is when I reminded him/her that in my job interview, I specifically stated that I protest all injustices. However, administration never fathomed I would ever protest them. This is when I learned that fighting against injustice in the university automatically makes you an enemy, even if you’re right.

Personally, I have had hate mail slipped under my office door; a student threatened to kill me via email; a student wrote the n-word on the back of my car; and another student wrote (an expletive) on the front of my car. This doesn’t include the negative comments students have written on my teaching evaluations, or their complaints to the university. Often, students hear what they want to hear in class, especially when they don’t agree ideologically, and many can’t tell the difference between fighting against racism, White supremacy, and White privilege, and hating White people.

When students attack faculty for the material we include in our courses, who should protect us? Shouldn’t the university protect us despite our criticisms against them? Should we ignore the university’s wrongdoings in exchange for their support? Shouldn’t administrators want to eliminate inequality in their universities so that all faculty, staff, and students are treated fairly? Or, is this expecting too much from an institution built on racism?

When I first began my academic journey, I was excited to earn a Ph.D. in Black Studies so I could get into the classroom and help mold the minds of tomorrow. The liberation of African/Black people and fighting to end racism, White supremacy, White privilege, etc., has always been my life goal. But, I never realized that doing what I was trained to do would subject me to attacks every day by administrators, other Black Studies faculty, and students.

There have even been days where I have walked around campus and felt like I was in a war zone because I had to deflect attacks from all sides. Even writing this article puts me at risk for backlash and repercussions. But, I won’t give up and I won’t stay silent, no matter what the repercussions, until Black Studies faculty are no longer attacked by their own universities. If following my purpose and destiny as an outspoken faculty member in Black Studies makes me an enemy of the state, then so be it.

Dr. Aimee Glocke is an assistant professor in the Department of Africana Studies at California State University, Northridge.

Raising the Bar for Middle-Class Blacks