When it comes to accessing college, students who have experienced the foster care system have a steep hill to climb. Data about their college-going rates is scant, but existing studies indicate that while the majority of foster youth say that they want to go to college, few will ever attain a degree. 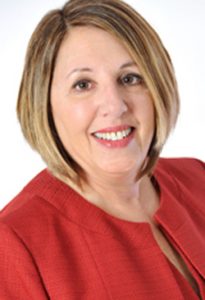 “We know that this is a group who could truly benefit from getting an education, yet has every barrier hitting them in the face,” said Debra Schilling Wolfe, who leads the University of Pennsylvania’s Field Center for Children’s Policy, Practice and Research in Philadelphia.

Foster youth often do not have the same level of financial and emotional support that their peers take for granted, Schilling Wolfe said, leaving them more vulnerable to bumps along the road. A problem that might seem relatively minor, like being short a few hundred dollars for tuition or other necessary bills, can be a disaster for college students who do not have a friend or family member to spot them the money.

Schilling Wolfe wants to see more colleges and universities proactively address these types of challenges, since they often have the resources to resolve these types of roadblocks, provided that they know there is a problem in the first place. Over the past several years the Field Center has been working with local colleges and universities in the Philadelphia area to raise awareness about the sorts of challenges that former foster youth face while at school.

“This is an issue that more and more people are embracing, and we’re delighted about that,” Schilling Wolfe said. “If we sit back and look at who these young people are, we see that people who come into foster care come because they have a history of emotional abuse, neglect or trauma. The outcomes for young people who have experienced foster care are not very positive, and not very promising. So this is an opportunity to change that trajectory.”

In September, the Field Center announced a new partnership involving four Philadelphia area schools called the Foster Care to College program. It is the first iteration of an initiative that Schilling Wolfe hopes can be expanded to more local schools depending on funding availability, and potentially state-wide down the line. In this first phase, Cabrini University, the Community College of Philadelphia, Temple University and West Chester University have come onboard.

When selecting institutions, the Field Center intentionally involved two- and four-year schools, public and private. “We thought we should offer youth from foster care the opportunities that any of our children would have, and that would be to connect with the college that best matches their needs and their learning style,” Schilling Wolfe said. The center also looked for evidence of preexisting commitment from schools to address the challenges that vulnerable students encounter.

More institutions than originally expected responded to the Field Center’s call for grant applications, Schilling Wolfe noted, which was “a wonderful problem to have.” “It’s incredible how this project resonates with everyone who gets involved,” she added. Foster Care to College will build on existing initiatives at schools while adding best practices modeled after work being done in other states like Michigan and California.

For instance, Foster Care to College institutions will establish a faculty member or administrator to serve as a single point of contact for foster youth on campus. That way, students know where to turn should they need to seek out resources. Having a single point of contact who acts as an advocate for students can help streamline certain processes, such as eliminating the need for students to explain their situation over and over again in different administrative offices when seeking assistance.

“A single point of contact on campus for students who are coming from foster care systems is important for retention,” said Dr. Stephanie Ives, dean of students at Temple. “Their persistence to graduation is our priority. If they are coming from systems where there is a lot of individualized attention through a case manager, then that is something that they are used to. When they transition to college it can be difficult because we think of college students as extremely independent.”

Schools commonly encounter challenges when attempting to learn more about their former foster youth student population. Even determining an accurate headcount can be difficult to impossible, advocates say. When filling out forms during the admissions process, students are only asked once to disclose whether they have experienced the foster care system, in a single question located in the FAFSA. Hinging all data collection around that one question poses multiple challenges, according to advocates.

First, students might choose to not identify as having been involved with the foster care system, for a whole host of reasons. They also might not fill out the FAFSA. Then, schools are not necessarily tracking that particular data point either, unless they have a particular desire to better understand how many students who have experience with the foster care system are on campus.

“If you’re not going out of your way to try to identify this population, you’re probably not aware that it exists,” said Tori Nuccio, assistant director of financial aid at West Chester. “These students are faced with a level of stigma, so they’re not ones to come running in during the admissions process and say, ‘hey, by the way I won’t have a home to return to over the breaks.’”

Recognizing the limitations inherent in relying on the FAFSA, Temple added questions to its new student questionnaire about students’ prior living experiences to determine if they were homeless or transient. “We are trying to get a better sense of the scope of the population so we can serve them better,” Ives said.

After crunching FAFSA data, Cabrini determined that eight students in this year’s incoming class and nine in last year’s incoming class had at least some experience with the foster care system. Dr. Christine Lysionek, Cabrini campus contact for Foster Care to College and vice president for student life, said that now that she knows which students to contact she has been reaching out as they arrive on campus and offering to meet with them to discuss available resources.

Students are by no means required to speak with her, Lysionek added, but have her contact information available should they decide they need assistance down the line.

Cabrini plans to give former foster youth special consideration for on-campus jobs, access to the school’s food pantry, and to connect them with other resources on campus, such as health, counseling and tutoring services. “This is about connecting with students one-by-one,” Lysionek explained. The institution also offers year-round campus housing to students who might not have anywhere to go during the holidays.

Foster Care to College is a “really innovative opportunity” for schools to address some of the issues facing vulnerable students on their campuses, according to Dr. David E. Thomas, associate vice president of strategic initiatives at the Community College of Philadelphia (CCP). “For us it’s been very eye-opening,” Thomas said.

When the college ran FAFSA data this year and last, it found that about 180 students self-identified as being formerly or currently involved with the foster care system. “When we first ran that number, it was a bit surprising to us,” Thomas said. “We had no idea we had that many [former foster youth] students.”

Yet in many respects, those numbers make sense, he added. Community colleges are often the first point of entry to higher education for former foster youth due to their affordability and flexibility. “They are very sensitive to the needs of high-risk populations,” Schilling Wolfe said of CCP.

Looking beyond the borders of the greater Philadelphia area, Schilling Wolfe wants to see more initiatives from the state address the foster care-to-college conundrum. State Rep. David Hickernell, chair of the education committee, introduced legislation in 2015 to provide tuition assistance to youth who have aged out of the foster care system.

The stakes are high for schools and the state to help improve outcomes for former foster youth, Schilling Wolfe said. “Education is one of the best remediators for a history of trauma,” she said. “Every year of education will help these young people avoid outcomes we don’t want them face.”