Serrata’s Rise to Presidency a Positive Change in Plans

He would have been content pursuing his vocation as a student affairs and enrollment manager indefinitely, but fate had other plans for Dr. William Serrata, president of the El Paso County Community College District (EPCC). 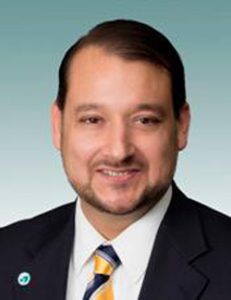 “I never aspired to serve as the president,” Serrata says. “My aspiration and goal in my career was to be a vice president of student affairs and enrollment management, and I was fortunate that I had that opportunity in 2005. Then El Paso opened up, and it was a perfect fit.”

Born and raised in Brownsville, Texas, Serrata’s career has taken him to several community colleges along the border between the U.S. and Mexico. His work has shown him the importance of creating a college-going culture in the communities his institutions serve.

“We’re working hard to make sure that students understand that at this point in time, the only pathway to the middle class is through higher education,” Serrata says. “It doesn’t mean everyone needs to get a graduate degree. You may not even need a bachelor’s. But you need at the very least a certificate or an associate’s degree that provides a living wage, not a minimum wage.”

At EPCC, creating a college-going culture means getting creative. Studies show that students are most likely to go to college if they start thinking about it early on in the K-12 system, so EPCC adopted three of the largest school districts in the El Paso region. The idea is that by connecting with elementary school students, EPCC can help show them that college is a possibility.

EPCC is a proven vehicle of social mobility in the El Paso area. Many EPCC students pursue an Associate of Arts degree, while planning to go on to a four-year school, and the school prides itself on the success of its graduates in the nursing and allied health programs, among other workforce-oriented programs.

For years, EPCC has consistently been one of the top producers of Hispanic associate’s degree holders in the nation, according to Community College Week. EPCC also increased the number of degrees and certificates awarded annually, from about 2,000 10 years ago to 4,600 last year, despite enrollment numbers holding steady.

Those gains occurred even before EPCC initiates a new guided pathways program next fall. In 2015, EPCC was one of 30 community colleges chosen nationally to participate in the American Association of Community Colleges’ Pathway program. “It is good work that will help students accelerate their success,” Serrata says. The program officially kicks off in 2018.

It is safe to say, Serrata adds, that even better things are on the horizon for EPCC students.