A report released last month by American College Testing (ACT) showed that only nine percent of underserved students — compared to 54 percent of students who were not underserved — were strongly ready for college as demonstrated by 2017 test scores. 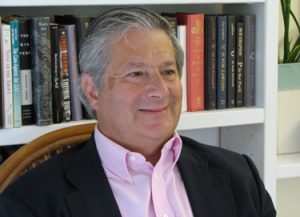 The report demonstrates a wide achievement gap in college readiness between the two demographics of students, but education scholars and advocates say college administrators and policy makers should refrain from using the report’s statistical data for admissions and high stakes decisions without first considering the data in the proper context.

The ACT report titled “The Condition of College & Career Readiness” is “framed in a really deficit way in terms of problematizing low-income students, students of color [and] first-generation college students,” said Dr. Tiffany Jones, director of higher education policy at The Education Trust.

“Someone could read this report easily and say, ‘OK,’ and have some data and ammunition for an argument that ‘these students should not be admitted to college. They are not ready—maybe it’s not their fault—but they are not ready. And they don’t deserve to be there.’” Jones said.

In the report, ACT defines underserved students as those who “would be the first generation in their family to attend college, come from low-income families and/or self-identify their race/ethnicity as minority.”

An ACT press statement following the report’s publication said: “Underserved students lag far behind their peers when it comes to college and career readiness, and the more underserved characteristics that students possess, the less likely they are to be ready.”

After publishing the report, Marten Roorda, chief executive officer of ACT, said that he and other ACT officials “knew it was bad, but we didn’t know it was this bad.”

Robert A. Schaeffer, public education director at the National Center for Fair and Open Testing, or FairTest, was baffled by the ACT official’s response.

Dr. Wendell Hall, senior director of policy advocacy at The College Board, echoed that sentiment. “Beyond citing facts, the question, I think, to the education community is now that we know this stat or that stat, what are you actually doing?” he said in a phone interview with Diverse.

Even further, the education community must “do a better job — especially as we talk about students of color — at decoupling income from race,” Hall added. “I think way too often, we conflate the two, and when we conflate the two, it does not allow us to explicitly tease apart what interventions or programs or policies need to change for students of color, versus what might just be an income problem regardless of if you’re a student of color or a White student.”

Schaeffer also argues that closing these widening gaps starts in the K-12 pipeline and by bringing more awareness to the correlation between family income and student academic preparedness.

“But to close the gaps — and I don’t call them achievement gaps, they’re opportunity gaps — we need much more resources invested in schools serving low-income, minority, first-generation kids. Poor kids, Black, brown, White, Native and Asian…urban and rural…whether in reservations or Appalachia or inner city,” he said. “And identifying where the weaknesses are in public schools and fixing them, not just saying ‘Bad, bad, we’re going to punish you by taking away your money.’”

Putting out messages to school districts asking them to rethink their course offerings and what courses a school has is another factor in changing the conversation, Jones said. K-12 schools must also closely examine the racial demographics of who predominantly takes Advanced Placement (AP) and remedial courses, education advocates say. If a school does not offer AP courses, admissions officials should see if a student took the highest course level offered, Jones added.

Some of the ways schools districts and organizations like SAT and ACT can collaborate to make a difference for underserved students include giving low-income students access to discounted or free test prep material, personalizing test practice and allowing students to take the test multiple times for free, according to education experts.

Last year, ACT launched the ACT Center for Equity in Learning to ensure students have access to substantial coursework and information relevant for their futures. SAT also partners with Khan Academy to provide test preparation for students.

School districts must help students of color and low-income students realize their opportunities and their potential, Hall said.

These types of discussions between school districts and admissions officials can help put data such as those in the ACT report into context, and even challenge findings that underserved students aren’t ready for college at all. This is especially helpful for students coming from school environments that may have inadequate resources to prepare them for standardized tests or for their overall educational development.

“So there’s nothing wrong with their students,” Jones said. “They’re responding how any student would respond in that environment. But shifting the conversation to say, it’s not about these students being at risk, it’s about them attending average schools. And these schools aren’t necessarily at risk because they’re doing something really wrong, it’s that they have inequitable resources.”

Further, education experts advise college admissions officials and administrators to consider, “What is it these students actually even have access to?” Jones added. “In fact, we might even be impressed with their performance.”

Despite facing pushback around affirmative action and increased accountability for student outcomes, “well-intentioned colleges and universities” that want to enroll these students may be placed in a situation where they are nervous and possibly “averse to enrolling students they think may not be successful,” Jones said.

HBCUs and other Minority Serving Institutions (MSIs) are clear examples of institutions that traditionally serve students who may have had low college readiness indicators upon admissions. In such cases, students may actually be retained and graduate at higher rates because of their institutions’ full support and guidance throughout their matriculation, Jones said.

“These headlines can make it seem like ‘Do not admit these students’ and that does not have to be the case,” Jones said.