Conventional wisdom holds that Hispanics are a recent addition to the academy, not arriving on the college and university scene in the United States until the 1960s or later. Dr. Pablo Mitchell, professor of history and comparative American studies at Oberlin College, would contest that notion.

Mitchell, a scholar who explores the intersections of history and literature, was recently appointed associate dean of the College of Arts and Sciences at Oberlin. 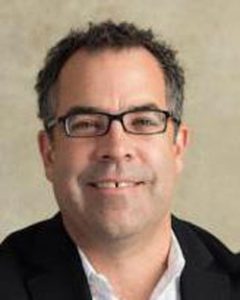 Currently, he is taking a sabbatical, and during this time, he plans to document the lives of Latinos and Hispanics who attended colleges and universities in the United States in the 19th century. Little is known about this group currently. Mitchell plans to start by combing through alumni records at institutions such as Dartmouth, Penn, the University of Michigan and Oberlin, and once he has compiled a definitive list, he plans to tell their stories.

“I think there’s been an assumption that people of color have really only started coming to colleges and universities in the post-1960s or so, and I think people haven’t started doing the work yet to ask questions about that,” Mitchell says.

It is important that present-day students of color know that they have just as much of a historic precedent at their schools as their majority peers, Mitchell explains.

“Some of it is just kind of very basic history and chronicling the past,” Mitchell says. “Some of it is being able to tell my students that they’re not the first, or the second, or even the third or the fourth generation of Latinos and Latinas who have been in these colleges, on these campuses and in these dorm rooms and so on.”

Mitchell is a self-described social historian and a prolific writer.

He is the author of Coyote Nation, which was awarded the 2007 Ray Allen Billington Prize by the Organization of American Historians. A more recent publication, History of Latinos: Exploring Diverse Roots, published in 2014, is currently being edited for publication in paperback to be used as a textbook in college classrooms.

He studies issues of intersectionality, inspired by his own background as a person of mixed race. His mother is Panamanian and his father is Anglo. “Going to college, it was kind of challenging in learning where I would fit in — if I fit into Chicano/ Latino culture, if I fit into Anglo culture,” he says.

That theme of dual or multiple identities is the subject of another of Mitchell’s current projects: a book tracing the history of people of mixed heritage living in North America, from the children of Cortez to former president Barack Obama.