During her time as president of the University of Washington, Dr. Ana Mari Cauce has been vocal about her passion for equity and inclusion. As a Cuban emigrant, she understands what she represents for those who imagine a more diverse future for higher education. 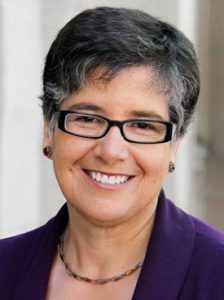 “I hope that 10 years from now, when people close their eyes and they think about a university president, it will be a broader array of folks and that I’ll have had a part to do with that,” Cauce told Diverse in 2016.

At the age of three, Cauce moved from Cuba to Miami as her parents fled political persecution. She eventually attended the University of Miami and received a Ph.D. in psychology from Yale University in 1984. She joined the University of Washington as a professor in 1986. Since then, she has developed a profound connection to students and faculty.

“I can say with probably a great deal of certainty that I would never be a president at another university,” she says. “I care very deeply about this university — this university is my home.”

Cauce continues, “I know what home means and home is very important to me.”

In recent weeks, she has spoken out in defense of her home, the country where she has been able to thrive.

In an opinion piece published by The Seattle Times in August, Cauce condemned White nationalists and their hateful presence in the current political landscape, offering a perspective enriched by her experiences during the Vietnam War and Watergate, as well as more personal tragedies.

In reflecting on the rallying extremists in Charlottesville, Cauce writes, “They brought me back to another Saturday morning, almost 40 years ago, when members of these same groups murdered my brother, Cesar, then 25, in the Greensboro Massacre.”

In the current climate, Cauce draws inspiration from her late brother. “My brother was committed to justice and equity, and I recall a late-night conversation with him in which he talked about‘the struggle,’” she writes. “He did not view justice as an endpoint, or a goal with a clear finish line. Justice, he said, was a constant work-in-progress.”

As the new school year begins, Cauce remains committed to this journey of safeguarding the university as a space where differences in perspective can be addressed and boundaries can be overcome.

“It’s no coincidence that White nationalists chose a college campus for their march,” she writes. “[U]niversities are vibrant communities committed to the free exchange of ideas, to building bridges not walls, and striving to become more diverse and inclusive.”