For Medina, Being Administrator Makes a Difference - Higher Education

For Medina, Being Administrator Makes a Difference

Dr. Carlos Medina, vice chancellor and chief diversity officer for the State University of New York (SUNY), says that his introduction to higher education administration did not have a linear trajectory. 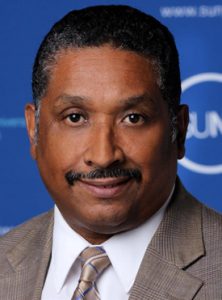 He initially wanted to become a teacher and did achieve this goal after having obtained a bachelor’s degree in education from the State University of New York, College at Cortland and his master’s degree in human services administration from Cornell University. However, a prestigious fellowship opportunity eventually became a pivotal moment that would lead to a pursuit of administrative roles.

He received a minority management fellowship with the New York State Education Department, which reinforced his desire to make a difference in the lives of young people and implement diversity strategies on college campuses.

“That one-year fellowship really brought me in touch with policy, with what the Board of Regents kind of does, and after that, I was offered an opportunity to stay on as a full-time professional employee in the higher education department of the state organization,” he says.

“I’ve been given an opportunity to really lead the university in various ways,” says Medina, who also has been as assistant provost at the university. “A major milestone that I’m very, very proud of is that I was actually co-chair of a diversity task force that we put together. I was co-chairing this with our provost and executive vice chancellor.”

Medina was part of a 35-people group that focused on how they would coordinate diversity across the university system in four specific areas: students, faculty/staff, campus climate issues and structural issues.

“The chancellor challenged us by wanting to see diversity really be moved at the university, to move the dial on diversity,” says Medina. “We took this charge very seriously. We created a task force of 35 members that involved faculty, staff, board of trustee members, students, so on and so forth.”

Medina has implemented a Graduate Diversity Fellowship program, which will assist talented, diverse graduate students and provide support through stipends, tuition and other forms of help. Medina also has a Faculty Diversity Program in place, which is intended to attract diverse faculty and help with salary support.

In his position, he is involved with all 64 of SUNY’s campuses and holds meetings with other chief diversity officers at the institution level and organizes statewide conferences to help mobilize professionals on individual SUNY campuses.

At University of Minnesota, a Boycott is Over but Tensions are Not

Excerpt from Models of Diversity: Pursuing Tolerance in Colleges and Universities: