You’ve heard a lot about Harvey Weinstein, the Hollywood mogul who has fallen from grace for alleged sexual harassment and possible rape toward women. 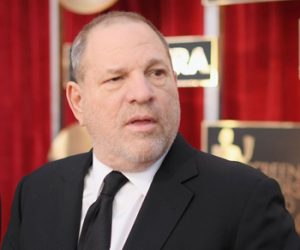 Every day it seems a former supporter is condemning Weinstein, who as of this past weekend was even kicked out of the Academy of Motion Picture Arts and Sciences, the Oscars. They didn’t even kick out Bill Cosby and he has more than 60 women who have accused him of alleged sex crimes.

So Weinstein has everyone’s ire.

But have you heard of Psycholinguistics professor T. Florian Jaeger, 41, of the University of Rochester, who now has at least 14 alleged victims who say he forced them to meet, do drugs and have sex with him?

Sexual harassment on campus is bad enough when it’s simply a matter of students.

But add a professor to the mix and now we have the real problem with campus sexual harassment — where the element of power creeps into the mix.

It’s the real reason higher ed officials should pay heed to the Weinstein case. And the Jaeger case at University of Rochester.

Hollywood mogul and young starlet? Academic advisor/professor and young grad student? In both equations is there really any difference when it comes to an abuse of power?

And yet how many people beyond those at the University of Rochester are aware of the federal complaint filed earlier this month against Jaeger?

According to the complaint: “Jaeger slept with so many students at UR or other institutions and made passes at so many others that his penchant for having sex with graduate students became well known among Ph.D.s and post-docs.”

And while some knew of Jaeger’s actions and tried to stop his rise at the university, they were overruled by a culture that continued to look the other way.

Sounds like just about every White male-dominated institution in America.

The University of Rochester is just the latest major case involving a professor and his students.

Mother Jones magazine reported that at least 19 UC-Berkeley employees were found to have violated the school’s sexual-harassment policy since 2011. Many involved powerful men and their students.

It’s not all that uncommon. According to research by the Association of American Universities, in 2015, an estimated 1 in 10 female graduate students at 27 large U.S. universities reported that faculty had sexually harassed them. More than 150,000 students responded.

The problem is as pervasive in the academic world as it is in Hollywood.

And now with the Weinstein case, there seems to be a real shift in public reaction to sexual harassment.

The outrage didn’t happen automatically with the Bill Cosby case. Nor as the election shows, it didn’t happen after the “p—- grabbing” comments of then-candidate Donald Trump.

People were both in shock and disbelief about the once beloved Cosby. Even Trump (who has his followers) has been able to weather his “Access Hollywood” tape.

Through both episodes, society’s ambivalence has generally stayed intact.

But all that seems to be changing with Harvey Weinstein.

Whatever feelings have been bottled up and suppressed toward alleged famous sexual predators are now finally being released in massive doses.

Rich, powerful, and White, Weinstein’s a privileged member of society, and a member of what passes for American royalty, the Hollywood elite.

He’s not a movie star. He’s a star maker who’s not loved enough by the general public to get a pass.

That gives everyone an excuse to unload.

Being a Democrat also makes him a special favorite of Fox News conservatives. From the news founder Roger Ailes to the prime anchor, Bill O’Reilly, to the top sports exec, Jamie Horowitz, Fox knows how deep sexual harassment runs in its own culture.  But aside from high-profile firings and money settlements, Fox didn’t quite show the kind of contrition I’d expect for the culture it created. That is, until they had a Democrat to kick around.

Democrats and liberals, in general, were reluctant at first to dump on Weinstein. He’s been a donor, a friend to the Obamas and the Clintons.

But finally even they had to distance themselves and denounce an old friend.

So far the only one I’ve seen say anything remotely in defense of Weinstein has been Woody Allen, who, of course, has his own issues.

Let’s hope the public’s Weinstein response is not lost on academia.

The University of Rochester case comes at a good time.

America finally seems ready to call a halt to the abusive behavior of powerful men toward women anywhere in society.

Emil Guillermo is a journalist and commentator. He writes for the civil rights organization AALDEF at http://www.aaldef.org/blog