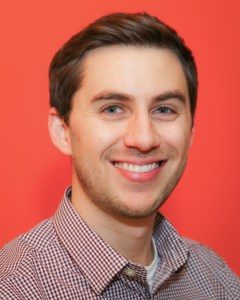 While issues of sexual misconduct, drug misuse and mental health are much discussed in the higher education context, some researchers say that community colleges are often left out of the conversation.

To remedy that exclusion, the educational technology company EVERFI published a report Tuesday suggesting that community colleges have different needs when it comes to dealing with sexual assault and harassment on campus.

“As you think about the national awareness and dialogue related to sexual assault on campuses, there’s been a tremendous amount of urgency,” said Rob Buelow, vice president of prevention education at EVERFI. “But not all institutions of higher education have benefited from that heightened degree of accountability and focus.”

Community colleges serve student populations that vary significantly from those at four-year colleges. They educate high rates of first-generation and minority students as well as those from nontraditional academic backgrounds. The study’s authors assert that the systems, structures and dynamics of community colleges pose a unique set of obstacles for prevention, education and counseling.

“The key takeaway from the report is that while community college students may not be experiencing sexual assault at the same rate as students at four-year institutions, it’s still way more often than it should be,” said Buelow.

However, 71 percent of community college students know how to report sexual assault compared to 61 percent of their counterparts at four-year institutions. The authors suggest that this may be a result of greater familiarity, adding that community college students are also more likely to express concern or intervene after witnessing abuse or harassment, but they are less likely to speak up against offensive or demeaning statements.

“These findings illustrate the need for community colleges to increase outreach to students and ensure they have access to adequate resources both on campus and in the community,” the report states.

The report also provides data regarding alcohol use at community colleges, which was comparable to that at four-year institutions.

Buelow hopes the report will motivate efforts to educate both faculty and students about these issues. He added that while community colleges may not necessarily need more support than four-year schools, they need much more help than they are currently receiving.

“While I certainly agree that there are differences that make community colleges unique, I think what’s important to take away from this is that there are so many similarities as well,” he said. “We can’t assume that because they’re not 18-year-old students on a four-year campus, so this isn’t a problem for them. We know that these issues exist.”