The looming student loan default crisis will be worse than previously thought, according to a recently published Brookings Institution report.

An examination of a 1996 entry cohort’s student loan default trends revealed that cumulative default rates continue to rise between 12 and 20 years after initial entry at an institution. Further, data projections suggest that nearly 40 percent of student-loan borrowers who entered college in 2004 will default on their loans by 2023.

Data from prior reports about student loan debt and default  “has just not been ideal for looking at the problem in as much depth as we’ve liked,” said Dr. Judith Scott-Clayton, senior fellow at Brookings, associate professor of economics and education at Columbia University’s Teachers College and the report’s author. 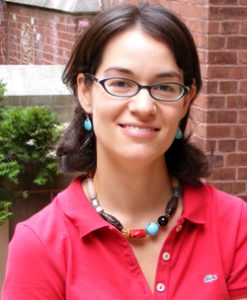 After the U.S. Department of Education released new federal data on student debt and repayment in October 2017, Scott-Clayton said she began to dig into the information to better understand the underlying problems causing default and the types of borrowers prone to default.

A key report finding is that default trends are the most alarming among students at for-profit colleges, with 52 percent of for-profit borrowers defaulting on their loans after 12 years. This rate is twice that of public two-year borrowers.

And although average debt per student has risen over time, students who borrow smaller amounts are more likely to default on their student loans, according to the report.

Along racial lines, the report indicates that debt and default among Black college students is at “crisis levels,” as securing even a bachelor’s degree is “no guarantee of security,” Scott-Clayton wrote in the report. Black graduates who hold a bachelor’s degree default at five times the rate of their White counterparts, and are more likely to default than White college dropouts.

The study’s findings underscore that default rates depend more on student and institutional factors than on average levels of debt. “As a researcher,” Scott-Clayton said, “it’s a real wake-up call that you cannot just look at the averages because the groups that are less represented in those averages, their experiences get washed out.”

“If you look at the patterns, it’s so stark and it’s really shameful to think about a student who attends one of these [for-profit] institutions … who has a bad experience, has a bad outcome with their student loans and probably thinks it’s just them,” Scott-Clayton said. “It’s not just them, it’s an institutional problem.”

She added: “It’s clear, if you look at the data, that special attention to the for-profits is warranted based on the data that we see. It’s not picking them out randomly because people don’t like them for no reason. It’s because of the data.”

“It’s asking a lot for students to try to figure all of this out,” she said. “The people who are providing the information and being the most persuasive about it are usually the institutions themselves, and they may not be the most objective source.”