One of the many challenges facing policymakers and higher education leaders is how to ensure that postsecondary degrees, as they become increasingly more important for our advanced economy and technological society, are affordable for all potential recipients. 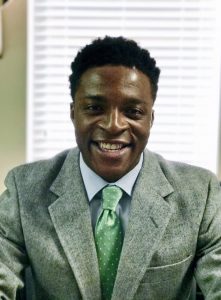 This has been a major challenge as the increased demand for college degrees has put a strain on the college financing system and many of its disparate parts. According to Investopedia, a website dedicated to explaining the financial and capital systems within the United States, the federal government is now the guarantor of a majority of the student loan market, while many students and families are on the hook for monthly payments for the next decade or more.

These financial challenges influence several groups more acutely than others. Students of color and students from low-income backgrounds suffer the most when tuition and room-and-board costs rise. Either it becomes more expensive on the front end to find family support and non-loan financial aid, or it is more expensive on the back end when trying to deal with the economic impact of paying off loans.

This unfortunate reality leads to negative feelings and issues regarding college affordability for student groups that are chiefly responsible for improving the multicultural aspect of the collegiate experience, which is one that can be enriching for the entire campus community.

The twin tasks of addressing the college financing system and the potential withering of student diversity on campus provide an opportunity for those within higher education to set out on an ambitious goal to make college affordable again. This can be done through an all-in approach on multiculturalism, specifically through the lens of college financing.

According to The College Board, the average cost of tuition and room and board at public four-year institutions has increased a cumulative total of 27% over the last 10 years, from the 2008-2009 school year to the 2017-2018 school year. Put differently, a public college that cost roughly $16,000 annually in 2008 cost roughly $21,000 a year in 2017. That is a significant difference for families who may not have seen wages increase at that same rate during that same period of time.

For private institutions, the cumulative percentage increase is nearly identical. The College Board reports that the tuition and room and board increases over that same timeframe for private institutions is 22.5 percent, taking the average costs from $38,000 in 2008 to $47,000 in 2017. Should this trend continue, it could have a devastating impact on low-income families and families of color, and their prospects for college degrees due to the question of affordability.

Michael Lillis, almost prophetically, published an alarming piece at the beginning of this 10-year period. In 2008 in his article in the Journal of Education Finance on the topic of economic segregation in postsecondary education, Lillis explained how low-income and middle-income students have negative perceptions – compared to high-income students – on the college-application process due to high-tuition colleges and high-financing decisions. This has likely only worsened over the last decade.

Mark Fincher, a higher education expert at Mississippi State University, wrote in his 2017 article on debt profiles of model students about the nearly $100,000 out-of-pocket cost differential in attaining a college degree for students, all dependent upon socioeconomic status and institutional choice. While Fincher points out that out-of-pocket costs are lower for those who qualify for Pell Grants, dependence on loans and family contributions could have a higher significance.

This is powerful data that could be used to create an influential narrative to reverse course. The data that admissions offices and financial aid departments have on these issues are divided into different demographics, one of which is socioeconomic status.

Socioeconomic status is a metric that cuts across many different spectrums, including race, gender, geography and citizenship status. Socioeconomic status, in many ways, is an economic appreciation of multiculturalism. If admissions and financial aid offices know that higher costs are harming diversity in colleges, they have an obligation to take that information and prompt their governing bodies to lower tuition and room-and-board costs.

At the very least, leadership boards could freeze these costs and do an analysis on the effect of college affordability. This policy shift could ultimately lead to increased applications and greater access to postsecondary institutions from a more diverse pool of students, enriching the student experience for everyone.

O.J. Oleka is a doctoral student at Bellarmine University studying Leadership in Higher Education with an emphasis in social justice.