This is the first in a three-part series during Black History Month celebrating outstanding Black academicians and their work.

A trained sociologist, Dr. Elijah Anderson is one of the nation’s leading urban ethnographers. He holds the William K. Lanman Jr. Professorship in Sociology and is Professor of African American Studies at Yale University, where he teaches and directs the Urban Ethnography Project. 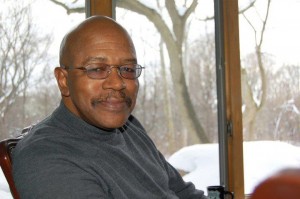 Anderson has been lauded for his groundbreaking scholarship. His 1999 book Code of the Street: Decency, Violence, and the Moral Life of the Inner City won the Komarovsky Award from the Eastern Sociological Society. His most recent work, The Cosmopolitan Canopy: Race and Civility in Everyday Life, focuses on how city dwellers often interact across racial, ethnic and social borders.

About the book, sociologist Dr. William Julius Wilson of Harvard University noted: “Anderson provides an incredibly rich narrative of the intersections of city dwellers from different segregated neighborhoods — ghettos, ethnic enclaves and suburbs — in public places. By revealing hidden social and racial dynamics, Anderson not only explains the conditions that erase racial tensions and promote interracial harmony, but those that reinforce traditional racial boundaries, as well.”

In 2007, Anderson left the University of Pennsylvania, where he was the Charles and William L. Day Distinguished Professor of the Social Sciences and Professor of Sociology and had a secondary appointment at the Wharton School.

Dr. Valerie M. Babb is the Andrew Mellon Professor of Humanities at Emory University, where she holds a joint appointment in the departments of African American Studies and English.

A leading scholar of African-American literature, Babb’s research focuses on the impact of racial Whiteness on a multicultural nation and the mapping of communities in transition. Prior to joining the faculty at Emory, Babb held teaching and administrative positions at the University of Georgia, Georgetown University and Middlebury College.

Babb co-authored the book Black Georgetown Remembered and served as the editor of the Langston Hughes Review from 2000-2010. She also authored a biography of writer Ernest Gaines.

Babb received her bachelor’s degree from Queens College, the City University of New York, and her master’s and Ph.D. from the University of Buffalo.

Dr. Ingrid Bracey’s background in international education and global studies was fostered as a child, when she says her favorite place to be “was up in the air” flying on a plane. Today, her early nontraditional learning experience has helped her to shape the lives of adult learners as director of the University Without Walls (UWW) program at the University of Massachusetts-Amherst. With parents who emphasized the importance of being well read and well traveled, the Grenada native found that her time at Friends World College afforded her the opportunity to study interdisciplinary topics in various countries and engage with local communities.

The motto of the college was, “The world is your campus,” she says. “In some ways, that got me fairly involved in the idea [that] it’s possible to learn not just from the classroom, but also from the community.”

After completing her bachelor’s degree, Bracey completed her doctorate in education at UMass-Amherst and began working as a professor and faculty adviser at UWW more than 20 years ago. And when the former director of UWW stepped down nearly nine years ago, Bracey assumed the role.

In her long career, she has played a transformative role helping adult learners merge their real-life experience with theory in the classroom. Students at UWW design their own interdisciplinary degrees and come back to school because completing a degree was “unfinished business,” Bracey says.

One of the nation’s most prominent African-American historians and a recognized scholar, Professor John H. Bracey, Jr. has been a fixture in the W.E.B. Du Bois Department of Afro-American Studies at the University of Massachusetts–Amherst since he was hired in 1972. A two-time department chair, Bracey hails from four generations of teachers, including his mother, who taught for many years at Howard University. As a child, Bracey grew up on the campus of Howard and had the chance to engage with some of the nation’s most prominent Black thinkers.

As Black Studies was spreading throughout the nation, Bracey — who was a student activist in Chicago — joined the Du Bois Department of Afro-American Studies after holding teaching positions at Northern Illinois University and the University of Rochester.

Known for his archival research, Bracey is responsible for organizing the papers of the NAACP, the National Association of Colored Women’s Clubs and Horace Mann Bond, the first Black president of Lincoln University in Pennsylvania and father of the late civil rights icon Julian Bond.

Bracey is the author of numerous books, including SOS — Calling All Black People: A Black Arts Movement Reader, which he co-edited with Sonia Sanchez and Dr. James Smethurst. He also co-authored Black Nationalism in America and The Black Sociologists: The First Half Century with the late Drs. August Meier and Elliot M. Rudwick.

Dr. Erica Armstrong Dunbar’s 2017 book Never Caught: The Washingtons’ Relentless Pursuit of Their Runaway Slave Ona Judge has received widespread praise. The book tells the story of a slave of George and Martha Washington who sought her freedom. Dr. Eric Foner, the DeWitt Clinton Professor of History at Columbia University, said Dunbar’s text “sheds new light both on the father of our country and on the intersections of slavery and freedom in the flawed republic he helped to found.”

Dunbar, the Charles and Mary Beard Professor of History at Rutgers University, also is director of the African-American history program at the Library Company of Philadelphia.

Fascinated by history as a child, Dunbar earned a bachelor’s degree in history at the University of Pennsylvania and a master’s degree and a Ph.D. in history at Columbia University. As a social historian, her research focuses on Black women who lived during the 18th and 19th centuries.

“My writing, teaching and lecturing focuses on the uncomfortable concepts of slavery, racial injustice and gender inequality,” says Dunbar. “While there is deep pain associated with these topics, I marvel at the incredible triumph of survival and the beautiful history of resistance.”