Although women have surpassed men in educational attainment, they still earn 81 cents for every dollar earned by men, according to a new study from researchers at Georgetown University. “Women’s earnings still lag their exceptional educational progress,” said Dr. Anthony P. Carnevale, the lead author of the report and director of the Georgetown Center. “At the heart of the gender wage gap is discrimination in pay for the same sets of qualifications and experience.”

Researchers at the Georgetown Center noted in the report that when comparing women and men with equal education and the same college majors working in the same occupation, women still made only 92 cents for every dollar earned by men.

Further, women need “ideally at least a bachelor’s degree” to make family-sustaining wages while a “small share of men” can make it with just a high school diploma, according to the report.

Other findings show that socially and culturally reinforced “sex-segregated” interests that factor into what college majors and occupational choices women make. Women are highly concentrated in the lowest-earning majors – 76 percent of all education majors and 72 percent of psychology majors, for example.

Due to the wage gap, more women than ever are enrolling in college and pursuing higher-paying majors in STEM and business fields. Three million more women are enrolled in postsecondary education than men, the report said.

Women degree earners account for 61 percent of associate’s degrees, 57 percent of bachelor’s degree, 60 percent of master’s degrees and 52 percent of doctoral degrees. This increase in education has narrowed the wage gap from women earning just 57 cents for every man’s dollar in 1975 to women now earning 81 cents to a man’s dollar today, according to the Georgetown Center. 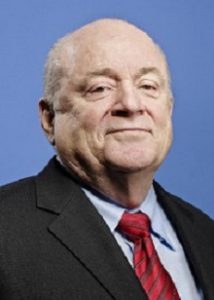 Similarly, only 33 percent of women in the business field major in finance compared to less-lucrative business majors such as human resources, where 65 percent of majors are women, the report said.

In high-paying occupations, 27 percent of CEOs, 44 percent of lawyers and 43 percent of physicians and surgeons are women. Researchers’ comparisons reveal that in these high-paying fields, women are more likely to be market research analysts and marketing specialists (59 percent), paralegals and legal assistants (85 percent) and registered nurses (89 percent).

Dr. Nicole Smith, co-author of the report and chief economist at the Georgetown Center, said in a statement that the “standard apology” given for the wage gap is that women have “less tenure in their jobs due to childcare responsibilities. However, close to 48 percent of women of childbearing age do not have children, and this does not seem to affect their earnings potential in a positive way.”

“While education has reduced the gender wage gap, the report finds it has not erased it,” the Georgetown Center emphasized. Unless there are “major social and legal changes,” researchers warn, women will be “at the mercy of six rules” for achieving equal pay. The report cited those rules as: