California Gov. Jerry Brown’s bold new budget proposal that awards community college districts funding not just for each enrolled student, but also based on the number of low-income students being served, has drawn praise and criticism. 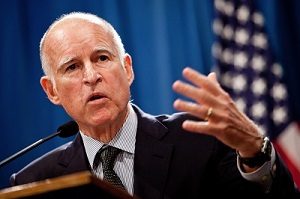 Under the funding formula in the new proposal, a district would receive an incentive grant if it meets performance metrics such as the number of certificates and degrees granted, according to an analysis by The Education Trust – West, the California-based office of a national advocacy group that promotes educational equity for students, particularly poor students and students of color.

The proposed approach would blend the existing enrollment-based funding model with the student-focused and student success funding models.

If passed by the California Assembly in June, the new proposal will do away with the current funding formula that allocates resources to the state’s 72 community college districts and 114 community colleges based primarily on the number of students who enroll and remain enrolled over time, without regard to completion.

Additional funding is provided in the form of restricted, categorical grants that supports basic skills and equity plans.

In January, Brown released his 2018-19 proposed budget, which included the plan to dramatically change the way California funds its community colleges and serves more than 2.1 million students. This student-focused funding formula would allocate resources based, in part, on student needs and community college district performance.

Speaking on behalf of The Campaign for College Opportunity, president Michele Siqueiros said the proposal “preserves the governor’s commitment to improved student completion with innovative ideas for funding our colleges and universities and the delivery of education. Strategic funding by the state of California to increase college success by providing fiscal incentives to improve time to degree, transfer and graduation is long overdue.”

However, she said, the proposed overall budget “falls short of providing the additional funding necessary to expand seats at our public universities to meet increasing student and workforce demand.”

Others have expressed concern that the new system would create funding uncertainty for schools, making it difficult to plan and budget.  Additionally, some argue there’s no evidence that targeting more money to low-income students and students of color will improve persistence and graduation rates.

Meanwhile, Jelena Hasbrouck at Education Trust – West  said some students could be left out of the equation if changes are not made to the governor’s proposal.

“Internally, we are working with (lawmakers) and trying to have equity at the center of this,” she said. “It is a work in progress. The governor’s proposal draws upon a vision that the chancellors set up,” she added, referencing leaders of state universities and other large systems of higher education in California.

Other critics of Brown’s proposal contend that, if implemented, the plan would be more equitable than the current funding model, which primarily rewards colleges for enrolling students rather than supporting them to complete a certificate, degree or transfer.

California’s community colleges serve more than 2.1 million students – over half of whom are students of color and nearly half from low-income communities. The current funding formula does not prioritize student success or close opportunity gaps that act as barriers for these students.

The analysis done by Education Trust – West looks at emerging funding models nationwide, explains Brown’s proposal, and highlights some considerations for equity. “We also share a few ways stakeholders and advocates can get involved as the equitable community college funding proposal is debated and revised between now and when the budget is adopted in June,” Hasbrouck said.

Manny Rodriguez, a legislative associate with Education Trust – West, is working with lawmakers in California to make the needed changes for the final proposals are voted on in June. He wants the proposal to make sure certain students – first-generation students, migrants, formerly incarcerated students are not only included, but are front and center.

“All these groups need resources. Equity can’t be left to chance and those guardrails we are trying to put in place are intentionally set,” he said. “We have to be explicit and make sure those students aren’t left behind.”