The filing came two days before Akinleye was formally installed as chancellor on April 19. 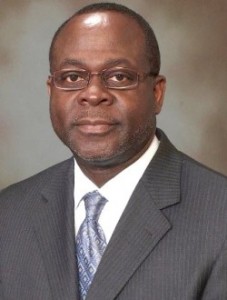 In his complaint filed in Durham’s Superior Court, Benjamin Durant, former vice chancellor for administration and finance at NCCU, alleges that Akinleye worked with UNC Board of Governors members Darrell Allison and Harry L. Smith, Jr. to try to steer a $90-million to $120-million student housing contract to a specific vendor, Preiss Development of Raleigh.

Allison and Smith have denied the allegations, WRAL-TV reported.

The lawsuit also claims that Akinleye wrongfully terminated Durant after he questioned the chancellor’s purchase of a nearly $70,000 SUV. State officials confirmed that university funds were used to pay for the GMC Yukon Denali.

After the suit was filed, NCCU released a statement saying, “North Carolina Central University has acted in accordance to its policies and procedures. The allegations made will be vigorously challenged and defended in the court of law.”

The suit alleges that Akinleye, Smith and Allison attended “secret meetings” last fall regarding a potential public-private partnership between NCCU and Preiss Development to build and maintain a 1,240-bed, on-campus student residence project.

Durant advised the group that they must run a “fair, open and competitive bidding process,” the lawsuit said.

Smith, who has previous ties to Preiss Development and is current vice chairman on the Board of Governors, called the allegations “baseless” and said he invited many bidders to offer a deal to the university, according to the Raleigh News and Observer. He added that meetings for potential partnerships were not secret and involved roughly a dozen people.

Allison denied the allegations as “totally untrue,” telling the News and Observer, “If I’m guilty of anything, I’m guilty for my utmost respect and support for the institution.”

Akinleye began to consider the purchase of the SUV around the same time as the alleged “secret meetings,” The Campus Echo, NCCU’s student newspaper, reported. Following the purchase, Smith said it was a “bad judgment” call but that he did not know who approved the purchase.

Durant’s lawsuit claims it was Akinleye, who allegedly was not satisfied with the Nissan Pathfinder initially provided by NCCU for his use as chancellor.

After Durant “refused to let the issue drop” – informing Akinleye that state funding could not be used to purchase what the N.C. Department of Administration deemed a “luxury vehicle” and after $3,800 of customization for 22-inch rims, tinted windows and leather seating – Akinleye yelled at Durant and called him “stupid” and “clueless,” the lawsuit said.

Durant was fired from the university after receiving a termination letter on Jan. 31.

University administrators did not accept the former administrator’s grievance over his firing because he was an at-will employee.

Several outside experts declined to comment to Diverse about the allegations of financial misconduct at NCCU and its implications for advocacy efforts for more funding for HBCUs. Attempts to reach Akinleye and Durant’s attorney, Kathryn F. Abernethy, were unsuccessful.

Samuel E. Cooper, president of NCCU’s alumni association, also declined to comment. He is scheduled to meet with Akinleye on Thursday.

“The RFP process is still ongoing,” a university statement said. “The on-campus review and selection process is expected to conclude in May 2018. The Preiss Company was not invited to submit a response to the RFP.”