When the Margin for Error is Zero - Higher Education

Earlier this year, we received news of the closure of Concordia College in Alabama—and, in recent weeks, there is news from South Carolina of Denmark Tech’s extreme financial difficulties. These are just the most recent stories of struggle among historically Black colleges and universities (HBCUs). It is a supreme irony that in a season when many Black colleges are celebrating 150 years of existence, several also are fighting for survival. A confluence of circumstances—a dearth of leadership talent, enrollment declines, financial instability, and accreditation issues—has created the perfect storm for closure. One bad decision can literally take down even the most vaunted minority-serving institutions. And in carrying out their fiduciary duties of these institutions, boards must ensure that the interests of the universities are protected. The margin for error is zero. These conditions do not occur overnight. Board vigilance and the capacity for informed decision-making are essential to ensuring the long-term sustainability of any organization. Timing and the will to act are also critical. When struggling St. Paul’s College and St. Augustine’s College considered merging, the opportunity for a successful joint venture had long since passed. Although St. Paul’s didn’t shutter its campus until 2013, its board had been concerned for quite some time.

There are several contributing factors to the eroding business model of far too many of our country’s HBCUs. We recognize the impact of social progress, technology and innovation on these extraordinary schools. Rather than focus on the past, now is the time to turn our attention to what can be done to strengthen and save those institutions that are willing and able to stanch the losses and reverse their fortunes. This cannot be done, however, without the attention and involvement of the governing board.

We have all seen the compelling data about HBCUs. Spelman College President Dr. Mary Schmidt Campbell, in response to coverage in the Atlanta Journal-Constitution that challenged the overall success of HBCUs and presented as evidence graduation rates hovering below 20 percent of enrolled students at many HBCUs, stated, “…Ivy League institutions have done no better in producing social mobility for students of color than they did in 1985. HBCUs, on the other hand, like Spelman and Clark Atlanta, have been among the top engines of social mobility in their home states.”

Dr. Campbell is correct. However, in this volatile period for higher education in our country, one in which too many question the overall value of a higher education, such a response will fall mostly on deaf ears. There is just as much angst about the cost, price, and debt among families and students (and policy leaders) who attend and care about our Black colleges and universities as there is public concern about all of higher education. 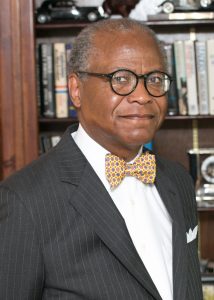 The value of higher education is virtually inarguable, and reports of declining confidence should be read in the context of both history and the public opinion about other institutions, including the news media, religious organizations and the U.S. Congress. The return on investment in higher education—with consideration of individual and societal economic benefits, as well as non-economic benefits—is clear and measurable. Nonetheless, to many observers, the value proposition is clearly at risk, so much so that federal and state policy makers and elected officials have been emboldened to impose fiscal restrictions that a decade ago would not have seen the light of day. Higher education’s challenges are substantial and the sector needs to be certain that its case for support is recognized by an increasingly skeptical public.

There are many reasons that our HBCUs are under siege. Board governance should not be one of them.