Access to campus child care is a key factor in determining if single mothers in college will graduate within six years, according to the latest in a series of reports released Wednesday by the Institute for Women’s Policy Research.

Just 8 percent of single mothers who enroll in college graduate with an associate or bachelor’s degree within six years, compared to 49 percent of women students who are not mothers, stated the report, “Investing in Single Mothers’ Higher Education: Costs and Benefits to Individuals, Families, and Society.”

In addition, the vast majority, 89 percent, of single student mothers have low incomes and no money of their own or from their families to cover college expenses.

Researchers also pointed out that single mothers’ low completion rates “are particularly concerning given the high proportion who are students of color: 37 percent of Black women, 27 percent of American Indian/Alaska Native women, 19 percent of Hispanic women, and 14 percent of White women in college are single mothers.”

For those who graduate, a college degree leads to increased earnings, higher rates of employment, improved health and increased civic engagement for single mothers, and positive outcomes for their children as well. But the roadblocks for single mothers are formidable, primarily the obstacle of child care.

Lindsey Reichlin Cruse, one of the three co-authors of the report, told Diverse the study was focused on a student population that was known to be struggling. 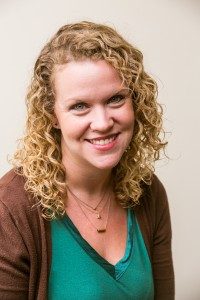 “What we set out to do was to understand: What does earning a college degree mean for the single mother population in particular?” Reichlin Cruse said. “We wanted to quantify the economic benefits to single mothers and their families as well as to society so that we could make the case that investing in supports that would help them graduate pays off, and what we found was that it pays off for them multiple times — and for society.”

Last month the Institute released a briefing paper from the study, also reported by Diverse, which discussed the myriad challenges facing single mothers pursuing college degrees. Diverse interviewed Koretta B. Knox, a senior at Texas Southern University’s Jesse H. Jones School of Business, who encountered many of the difficulties described in the briefing paper. When informed of the full report, Knox expressed “hope that more help will come for single mothers because some of them just give up. It just gets too frustrating.”

Knox noted that an important point about child care is that for many students it is necessary to have “day care and night care” on campuses because many students take evening classes so that they can work during the day.

According to the report, the research focuses on three areas of support that have shown evidence of improving single mother college completion: child care, targeted financial aid, and case management services. IWPR explored the costs of these investments compared with benefits from tax contributions and savings in public assistance spending.
The study offers a list of recommendations, noting that addressing the needs of these students “is critical to making meaningful progress toward racial/ethnic equity in education.”

The study recommends several steps that higher education institutions and federal and state agencies can take to help single mothers succeed in college.   For example, states should improve child care subsidy eligibility rules to count higher education and training towards work requirements and to allow all degree types (including four-year degrees).
Communities and institutions should improve access to quality child care—for example, by expanding the number of Early Head Start/Head Start programs on college campuses or building relationships between campuses and local child care resource and referral agencies.

The analysis “draws on existing literature and new calculations utilizing an array of data sources,” the report stated. “IWPR examined the costs and benefits of college attainment through an extensive review of published research, and analysis of data” from U.S. Census sources including the American Community Survey (ACS). The latest report is part of a series of publications presenting findings from this cost-benefit analysis.

Reichlin Cruse said the study is going to be used as a “jumping-off point for conversations with leaders in higher education, philanthropy, policy, research, and advocacy around how to improve college equity and success for the single mother population.”