Holding an ESL course at a local chicken-processing plant, diversity celebrations, connecting with student families and Spanish-speaking campus tour guides are just some of the ways universities in an area like Southwest Arkansas reach the local Hispanic population.

In Arkansas, where the Hispanic population is on the steady rise, it only makes sense for state institutions to court local residents. In a town such as De Queen, which is more than half Hispanic, this is particularly true given a conscious move by the local university branch’s administration. Such trends are tracked by Dr. John Moder, senior vice president and chief operating officer at the Hispanic Association of Colleges and Universities. He’s been struck by institutions that pay attention to this issue and raise the question, recognizing that the educational landscape is different than it was 20 years ago.

“One is to recognize that these students are more likely to be first-generation students, so their parents and families don’t have experience with higher education,” Moder said.

Recruiting the whole family, in a sense, will make a student more successful, he said. Hold events and receptions that not only include students, but also make the families feel welcomed. Also, bring high school and even middle school students to the actual campus. Make sure they start to feel welcomed there, and that families know their children will be accepted on campus.

“Students who are graduates of U.S. high schools are going to be comfortable with English. Their parents may or may not be,” Moder said.

Thus, meeting Hispanic students where they are comfortable also is key.

“It’s similar for Hispanic students as it is in the African-American community, where outreach to churches can be very effective in terms of meeting people on the home ground,” said Moder, who also praised a successful mother-daughter program at the University of Arizona.

Fueled by improved high school graduation rates for Hispanic students, Hispanic enrollment at colleges and universities is growing steadily. Moder said for the last four years or so, it’s gone up in every state except one or two.

“The fact that they’re continuing to grow by a percentage point annually strikes me as significant,” Moder said.

Clearly, he said, planned recruitment by admissions and financial aid are important. Be conscious of the Hispanic growth in school orientation.

“Making sure the campus culture on the whole is welcoming,” Moder said.

Then there’s the money question, so realize that many of these students are one dental problem or fender-bender away from not returning next semester, Moder explained.

“For a lot of low-income people, making sure that the finances are going to work becomes important,” he said, adding that short-term loan programs can help. 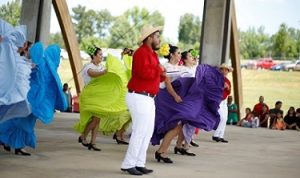 “A lot of kids are scraping together the money to make it happen,” Moder said, so having systems in place to get over the speed bumps becomes important.

Whatever they do, the faculty and administration should make sure Hispanic students know their success is wanted.

At the University of Arkansas Cossatot, the administration has become well known in the state for its focused work to improve its reach into the Hispanic community.

Increasing Hispanic enrollment became part of the school’s former strategic plan, so much so it guided the institution’s mission statement about embracing diversity.

“It was our number-one priority,” Cole said. “We decided if you’re not going to think about it, it’s not going to happen.”

It wasn’t intentional, he said, but the way the labor market played out for UA Cossatot, they increased the Hispanic presence on staff. “That just wasn’t part of our normal labor market 10 years ago,” Cole said. “I think that’s helped, obviously.”

They did focused activities such as holding a Hispanic Night on campus for recruitment, which also ensures current Hispanic students are happy on campus. It reaches families, too, teaching them how to navigate college and stay there, the chancellor said.

“It’s not just recruitment, it’s also retainment,” Buenrrostro said. “Making sure that those who are already here are also part of this because we feel like even though we just always advertise, ‘We want you here, we want you here,’ we also want to make sure to make them feel special while they are already here.”

She points to activities on campus such as Latino Heritage Month in October. They may have a salsa competition or promote the success of famous Latinos with campus posters. They host health fairs, open to the community, and flu-shot sessions.

“That’s another way to also bring them in and let them know that we’re here for them,” Buenrrostro said.

A community service activity is the Pack Shack, where staff gather and make packs of food (with rice, cheese and vegetables) to be given to students in need. It’s not only for Hispanic students, but many of them are reached with the program. Now, Cossatot is trying to make inroads with the local African-American community, just as they did with Hispanics, Cole said. “Our population needs to reflect the entire community,” he said.

Bilingual Spanish-English workshops about managing finances and stress or gaining basic computer skills are other ways Cossatot reaches out to the community. They’ve been funded by grants.

“Any services that we provide on campus that come through the Center for Student Success are available in both languages,” Buenrrostro said.

Cole points out that UA Cossatot is the only Hispanic Serving Institution designated in the state, meaning they’ve had at least two semesters in a row with a Hispanic student population of 25 percent or higher.

“You have to immerse yourself in the entire community,” Cole said. It’s not just recruiting students, but “listening to them,” added Buenrrostro.

In Mena, situated near the Ouachita mountains in Western Arkansas, Chad Fielding at the University of Arkansas Rich Mountain serves as vice chancellor of student affairs. School officials realize Hispanic residents are a growing part of the state population and are mindful of the future.

“It’s something that we’ve been putting in our planning process, but there’s not a whole lot yet that we’ve actually done,” Fielding says.

What they have done includes diversity training for faculty and staff and a luncheon roundtable for students, both of which are planned for the fall term.

With a recruiter shifting positions, the Rich Mountain campus also is on the lookout for a bilingual replacement, who can help in nearby cities that have a larger Hispanic population.

But the school has initiated an English as a second language learning program at a chicken-processing plant in a small town to the south. “It’s kind of our first attempt to work with Tyson,” Fielding said.

Long-term, they see teaching ESL as a benefit.

Connecting to a student’s family, too, is another way to support students and potentially grow the Hispanic student population.

“We need to work with the families as much as the students,” Fielding said, echoing sentiments expressed by HACU. He also cited Upward Bound with high school students getting advance college credit as another way to ease the student transition into college.

At Southern Arkansas University with a total graduate and undergrad enrollment that hovers around 4,700, the focus is more on promoting a diverse campus experience rather than reaching out specifically to potential Hispanic students.

Here, though, the university strives to be welcoming, even though Hispanic enrollment is small compared to other groups. As of fall 2017, it stood at 128, roughly double the number from 2010.

“The SAU President’s Ambassadors (PAs) and Enrollment Services professionals give tours of campus to prospective students,” said Aaron Street, associate dean for integrated marketing and media relations. “We ensure that we have Spanish-speaking tour guides.”

Students hail from 36 states and 31 countries at SAU. “We feel like a global campus right here in South Arkansas,” said Street, noting that more than 60 student organizations exist.

Eight faculty from Technological University of Matamoros in Mexico are on the SAU campus this summer studying English as a second language with an aim to deliver courses in English back home.

And while recruiting publications highlight the university’s overall diversity, SAU has in the past run ads specifically geared to Spanish-speaking students.

When it comes to reaching out to Hispanic students, Moder said, don’t assume one approach will be good for everybody. Don’t strive for one-size-fits-all because the Hispanic community is no more homogeneous than any other group.

“Don’t let the stereotypes obscure the uniqueness of the individuals,” Moder said.

The Evolution of a Texas HBCU