A Scholar Without Borders - Higher Education

A Scholar Without Borders

Dr. E. Patrick Johnson spent his early childhood as the youngest of seven children with their single mother in a one-bedroom apartment in Hickory, N.C. When he received his Ph.D. in speech communication in 1996 from Louisiana State University, the town held a celebration and declared July 20 “Dr. E. Patrick Johnson Day” because he was the first African-American from Hickory to receive a Ph.D. 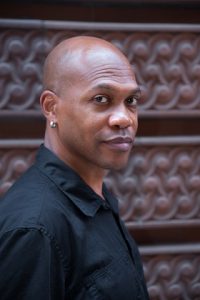 Today, as chair of the African American studies department and the Carlos Montezuma Professor of Performance Studies and African American Studies at Northwestern University, Johnson is a scholar without borders. His research crosses academic disciplines and creative art forms in multiple ways, to the extent that he describes himself only half-jokingly as “an academic trickster.”

As a researcher and artist, Johnson, now 51, performs nationally and internationally and has published widely in the areas of race, gender, sexuality and performance.

“I am very interdisciplinary in my research,” Johnson says. “I believe in multimodal forms of scholarship that reaches the very people that I am studying. I want the work that I do to be comprehensible to the people I am studying and not just an academic audience.”

For example, he turned his ground-breaking 2008 book Sweet Tea: Black Gay Men of the South—An Oral History into a theatrical production. “I adapt my research for the stage . . . so in my solo performance I take on voices of as many as 13 men that I interviewed,” he explains. He conducted interviews with a total of 79 men for the book.

His staged reading, “Pouring Tea: Black Gay Men of the South Tell Their Tales” has toured to more than 100 college campuses since 2006. In 2009, he expanded the performance into a full-length stage play, Sweet Tea—The Play, which has been performed in several U.S. cities, and for which he won a Black Theatre Alliance Award for best solo performance. A Washington Post review said Johnson “has a poised delivery and can plunge himself into moments of lively theatricality.”

Oral history has been integral to Johnson’s research dating back to his dissertation, based on his grandmother’s narrative of her experiences as a domestic worker in the segregated South.

Sweet Tea, the book, was recognized as a Stonewall Book Award Honor Book by the LGBT Round Table of the American Library Association.

An earlier book by Johnson, Appropriating Blackness: Performance and the Politics of Authenticity, won high acclaim and was a finalist for the Hurston/Wright Legacy Award.  It examines the work of Black comedians including Eddie Murphy and David Alan Grier, black nationalists Amiri Baraka and Eldridge Cleaver, the vernacular of Black gay culture and his grandmother’s oral history.

“I analyzed my grandmother’s narrative as a form of Black feminist theorizing,” he says. “It required me to think about what means for a Black southern woman of particular age to speak about labor in the segregated south. I framed the telling as a performance — not only what she said but how she said it.” 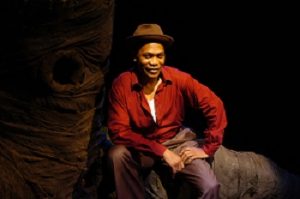 Johnson’s pedagogy, derived from his research and performance artistry, reaches students in diverse programs.  “I’m able to have sustained courses listed in various departments and programs,” he says.  Currently his courses are listed in the African-American studies and performance studies departments, and in the gender and sexuality studies program as well as American studies.

Dr. Omi Osun Joni L. Jones, professor of African and African Diaspora studies at the University of Texas at Austin, calls Johnson “quite a force to be reckoned with.” Jones, who has known Johnson since his early research years, says, he has been instrumental in making queer theory a part of the conversation in Black studies, and one of the ways he has done that is through his outstanding performance work.

“I think he has some unique gifts that allow him to expand the disciplines that he’s in, so . . . Black queerness in particular becomes a part of the world of performance studies, and not just something on the periphery”, says Jones.

She credits Johnson with reaching a broad audience within and outside of academia. “His performance skill allows people to see how the theory is put into practice, and his pedagogy allows him to train a host of other scholars who are now all over the United States,” Jones says.

As part of his efforts to reach out to other scholars, Johnson launched the interdisciplinary Black Arts Initiative at Northwestern in 2012, to connect with a broader community of scholars, practitioners and community members through research, pedagogy, practice and community engagement. It has held three conferences, most recently last October, “Black Arts International: Temporalities and Territories,” focused on scholarship and art in the Black diaspora with participants invited from South Africa, Europe, the Caribbean and the U.S.

Johnson’s latest project is a documentary film, “Making Sweet Tea,” in collaboration with the University of Pennsylvania’s Dr. John Jackson Jr. The film follows up on some of the men he interviewed 10 years ago, and traces Johnson back to Hickory, to the one-bedroom apartment that is still there.

“It goes into my own conflict around not being open about my sexuality when they were celebrating my day back in 1996,” he reflects, “and wondering if I had been open, would they have honored me in the first place.”

Keepers of the Dream